New Century Resources Limited (ASX:NCZ) is pleased to announce the execution of a Share Sale Agreement (SSA) with Waanyi SPC Pty Ltd (WSPC) for its non-controlling minority interest (49%) in the Lawn Hill and Riversleigh Pastoral Holding Company (LHRPHC) for a purchase price of A$9.8 million.

WSPC is the current 51% controlling interest holder of the LHRPHC. WSPC was established in 1998 in accordance with the Gulf Communities Agreement, the Native Title Agreement for the Century Mine. The role of WSPC is to be the corporate representative of the Waanyi People, particularly in relation to the ownership and management of pastoral companies.

The transaction preserves access rights of New Century to the pastoral properties for the purpose of exploration, in accordance with an extended and amended Conduct and Compensation Agreement.

“It has been a long-held ambition of the Waanyi People to achieve full ownership of the Lawn Hill and Riversleigh Pastoral Holding Company, whose properties are of significant cultural value.

New Century is pleased to have helped facilitate this outcome and wishes them success for ongoing operation of the properties.” Mr Walta said.

The Century Mine is surrounded by the Lawn Hill and Riversleigh pastoral stations, which were originally acquired by the mine owners in 1996.

The LHRPHC was established in 1998 and the pastoral leases of the Lawn Hill and Riversleigh stations were transferred to the LHRPHC. Shares in the LHRPHC were allocated to the Waanyi People, via WSPC, with an initial shareholding of 49% and later transfers where the WSPC became majority (51%) shareholder of LHRPHC.

The mine owners at the time retained a non-controlling 49% minority interest, with the interest transferred to subsequent owners of the mine over time.

In addition to the SSA, New Century subsidiary Century Mining Ltd and LHRPHC have executed an amended Conduct and Compensation Arrangement to preserve all rights relating to continued exploration activities undertaken within the pastoral property land which overlaps the Company’s existing EPMs.

The amended Conduct and Compensation Arrangement ensures the Company’s ongoing access to the pastoral properties under the requirements of Queensland’s Mineral and Energy Resources (Common Provisions) Act 2014. 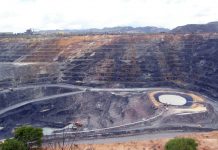 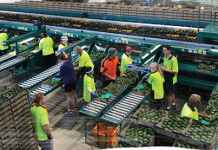 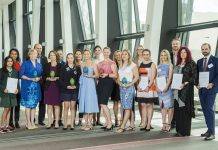