Townsville construction company Formset has been awarded a $10 million contract to build a 1.6-hectare container terminal as part of the Townsville Port’s $30 million Crane and Cargo Terminal project at Berth 4.

Deputy Premier and Treasurer Jackie Trad said the longstanding Townsville business was expected to create more than 40 jobs during construction of the new container terminal, which would substantially increase logistics capability, once complete.

“The Palaszczuk Government is backing Townsville jobs with more than $930.7 million for regional infrastructure in this year’s budget, creating more than 3,200 jobs,” Ms Trad said.

“With the volume of freight moving across Queensland expected to grow more than 20 per cent over the next decade, it’s critical we invest in port infrastructure which will accommodate this freight boom.

“Construction of the new container terminal behind Berth 4 will provide a substantial boost to northern Australia’s largest cargo port.

“Today’s announcement adds to the Palaszczuk Government’s half-a-billion-dollar plan to boost mineral freight exports and create jobs in the region.”

Transport and Main Roads Minister Mark Bailey said the $30 million project also added to major capacity-expanding projects at the port, including construction of the $48 million intermodal facility, $193 million port channel upgrade and the completion of the $40 million Berth 4 upgrade.

“Queensland’s economy is stronger when we have a reliable supply of minerals for export. That is why our government is investing in a $48 million expansion of the Townsville Port’s intermodal facility to improve the reliability of Australia’s largest exporter of zinc, copper, lead and fertiliser,” Mr Bailey said.

“Our state’s North West Mineral Province contains about 75 per cent of the state’s base metal and minerals, including copper, lead, zinc, silver, gold and phosphate deposits.

Member for Townsville Scott Stewart said projects to expand the port and strengthen the Townsville economy, were providing a huge boost for the region as it continues to recover from devastating floods earlier this year.

“You can’t think Townsville without thinking the port. From defence and tourism to agriculture and resources, Townsville Port’s eight berths connect our community with more than 136 ports around the world and supports more than 8,000 jobs,” Mr Stewart said.

“It’s great to see a local business in Formset tasked with building a new container terminal that will drive even more business for Townsville and the port.”

Formset Managing Director, Brent Zander said the construction of the Berth 4 Cargo Terminal Area was expected to take up to 36 weeks to complete.

“Our family-owned company has just marked 50 years of business in Townsville, and we’re extremely proud that we have three generations involved. We have grown and established ourselves as a leading construction company, working on several large mining and infrastructure projects,” he said.

“We’ve been working with the Port for a long time, but this is the biggest project we have undertaken for the Port. The Berth 4 Cargo Terminal Area project reaffirms our commitment to quality and expertise in commercial and industrial environments.”

Port of Townsville Infrastructure General Manger, Kim Gebers said these projects provided a further commitment to local contractors while helping to create jobs, enhance capabilities and boost the economic development of the region.

“There is a lot happening at the Port at the moment, with the Berth 4 Crane and Cargo Terminal project providing the perfect example of ensuring our core business remains strong and competitive,” he said.

“It is projected that the recently upgraded Berth 4, new ship-to-shore crane and Cargo Terminal Area will be capable of handling around 35,000 containers per annum, and around two million tonnes per annum of total cargo.

“That represents a 20 per cent increase on current capability, which is a fantastic outcome.” 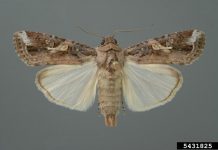 Rosebery mine celebrates 80 years of operation