The Tasmanian wine industry is set for a boost as new grants have been announced to expand production and create jobs.

The Premier, Lara Giddings, used the Premier’s Address to parliament to announce the new $1.2 million Vineyard and Orchard Expansion Program.

“Tasmania has a growing reputation for producing great wines. Yet we still have less than one per cent of Australia’s total hectares under vine – currently just 1600 hectares – and produce less than half-of-one per cent of the national grape crush,” Ms Giddings said.

“The industry needs to expand to achieve economies of scale and reliability of volumes. We have a vision to quadruple wine production over the next decade and this program will help that vision become a reality.”

The funding will reportedly support the planting of an additional 200 hectares of vines in 2013, which is an increase of 12 per cent.

“It will also generate an estimated $10 million in private investment and create more than 370 jobs plus a further 100 shorter-term planting positions,” Ms Giddings said.

“The Economic Development Plan is about identifying and playing to our State’s natural strengths and the wine industry is a perfect example of that. Our temperate maritime climate is perfect for producing ultra-premium cool-climate wines, which are increasingly popular worldwide,” he said.

“Europe’s most influential wine publication, The Drinks Business, has identified Tasmania as second only to China as the best wine investment location in the world. Establishing new vineyards costs up to $50 000 per hectare and it can be six years before the first bottle of wine hits the market.

Mr O’Byrne believes the fund is designed to bring down the barriers of investment and bring to light projects that will grow the wine industry and create jobs. 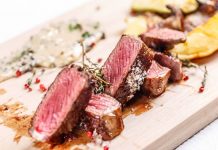