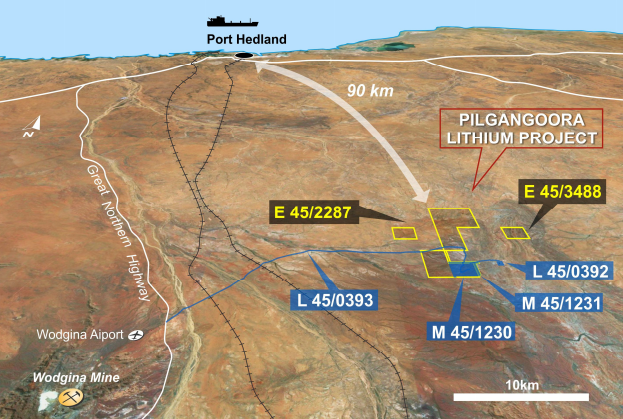 Altura Mining Limited has entered into a non-binding Memorandum of Understanding (MOU) with China based Optimum Nano Battery for the offtake of a minimum of 100,000 and up to 150,000 tonnes per annum of Lithium Spodumene Concentrate produced from its 100% owned Pilgangoora Lithium Project.

Altura said the Spodumene Concentrate pricing of the first 150,000 tonnes is based on the prevailing US$ market price, with subsequent pricing to be based on published spodumene sales prices or negotiated between the two parties.

Optimum Nano is a leader in the lithium iron phosphate battery industry both as a producer of power batteries and electronic vehicle (EV) systems.  The company has formed an alliance with China based EV groups and has patented technology that has secured over 26% market share in the rapidly growing Chinese domestic market.

The multi-faced miner said the MOU paves the way for the company to enter into an alliance with the lithium battery and electronic vehicle producing group as a natural resource supplier into the expanding lithium battery market.

It said that its recently established partnership with Lionergy has delivered a significant outcome to align with a leading downstream lithium battery producer in Optimum Nano.

“Lionergy currently has interests in production of lithium iron phosphate or LFP for power battery production of China and will facilitate the ‘’mine to market” concept with Altura as the lithium resource supplier and Optimum Nano as the battery and lithium application producer,” Altura said in a statement to the ASX.

The commencement of the Spodumene Concentrate Sale and Purchase agreement is conditional on Altura obtaining required regulatory approvals and a decision to proceed to mine within 3 years of the MOU signing.

$1 million package putting the buzz back in beekeeping industry

Industry welcomes changes to Skills for All