The Environment and Planning Committee is set to launch an inquiry into the exploration, extraction, production and rehabilitation for onshore unconventional gas, Victorian Premier Daniel Andrews announced on Wednesday.

Mr Andrews said the inquiry was a fulfilment of an election promise to have a “thorough and considered” inquiry into onshore gas in Victoria, based on “robust scientific evidence and community engagement”.

Minister for Industry, Energy and Resources Lily D’Ambrosio said the previous Coalition Government’s review into the mining of coal seam gas (CSG) and other unconventional gases failed to engage with regional Victorians and did not adequately address the scientific and environmental impact issues around coal seam gas mining.

“The Coalition’s review was quick and dirty and didn’t consult local communities. The previous Coalition Government failed to rule-out that fracking would put our water supplies and food production at risk,” Ms D’Ambrosio said.

“We will give people a voice. Regional Victorians deserve to know the risks associated with CSG exploration, and locals must have a say in what happens in their community. The Andrews Labor Government will protect communities. The inquiry will engage with farmers, local councils and regional Victorians and thoroughly get to the bottom of CSG exploration.”

According to her, the 2012 moratorium for onshore gas activities, which includes exploration, drilling and hydraulic fracturing, will remain in place until the inquiry reports to Parliament by 1 December 2015. 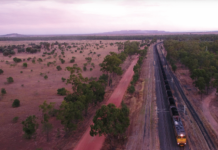