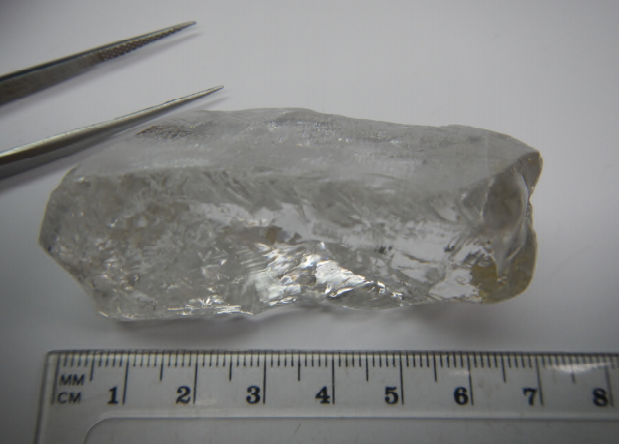 The diamond was recovered from alluvial Mining Block 8 at Lulo, which has already produced more than 60 large special diamonds since miming commenced in this area in August 2015.

The Lulo project is a partnership between Lucapa (40%) Endiama (32%) and Rosas & Pétalas (28%). It is located within 150 kilometres of Alrosa-operated Catoca, which is the world’s fourth biggest diamond mine and accounts for about 75% of Angola’s annual diamond production.

“We have always emphasized the very special nature of the Lula diamond field and this recovery – together with the other 100 carat-plus diamonds recovered this year alone – is further evidence of that,” commented Mr Wetherall.

“And while we continue mining these exceptional alluvial gems from Mining Blocks 6 and 8 at Lulo, we are also continuing to advance our systematic exploration program to find the kimberlite source of these diamonds.”

Endiama Chairman Antonio Carlos Sumbula said the recovery of the 404.2 carat diamond represented another significant milestone in the growth and development of the Angolian diamond mining industry.

“We are delighted to have recovered the biggest diamond ever found in Angola – it is a significant day for our country, our diamond industry and for the Lulo Diamond Project,” Mr Sumbula said.

“The Lulo diamond field is an example of what we would like to showcase to the world to encourage international investment in Angola’s diamond mining industry.”