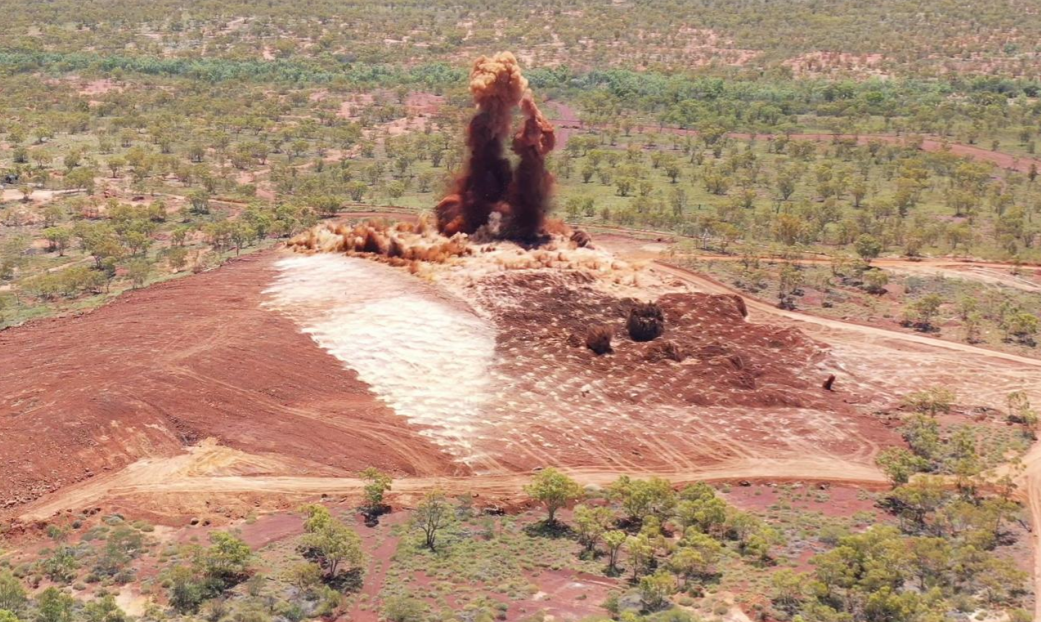 According to the company’s statement, the inaugural production blast was designed to establish initial mining benches at Anthill East pit in preparation for bulk earthmoving in January 2022.

Austral’s CEO Steve Tambanis said the company was focused on developing its new Anthill Mine and ramping production to 10,000t of copper cathode by mid 2022 at Mt Kelly, which is scheduled to process 5,000t/day of oxide ore at full production.

“Both Anthill Mine development and Mt Kelly plant refurbishment are in full swing. Our goal is to achieve planned copper production of 10,000tpa commencing mid 2022 for a four year period.

“Exploration and development activities are underway with a further update planned over the next month. Historic geological, geochemical and geophysical data is currently being evaluated with several new prospects identified adjacent to the Anthill mine and exploration recruitment being finalised.”

According to Austral, additional blasting is planned through to mid-December 2021, with the aim of having significant overburden material prepared for the commencement of bulk mining in January 2022.