According to the article on NBC.News, unemployment rates have dropped from 6.1% to 5.8%, which translated into numbers suggests that that an estimated 18,100 jobs were created last month.

In addition, the amount of hours Australians work also rose by 0.5% last month to 1.62 billion.

These parameters, along with expectations that interest rate rises might soon be on the agenda, contributed to the rise of the Aussie dollar, which jumped through 94 U.S. cents to 94.35 cents.

However, these figures do not paint the whole picture, as all the jobs added were part-time jobs (estimated at 40,200), while an estimated 22,100 full–time jobs were lost.

CommSec economist Savanth Sebastian said unemployment may have hit its peak at 6.1% in February.

“The job market is showing signs of stabilising with unemployment having peaked or pretty close to it,” Mr Sebastian noted.

“The labour market is the lagging indicator in the economy and it is now showing signs of reflecting the recent solid lift in economic activity.”

ANZ conducts the most widely-watched survey of job advertisements, which are seen as an advance indicator of the employment trends.

“For now, the labour market is improving more quickly than the RBA has forecast. The improvement in a range of forward-looking labour demand indicators suggests that employment growth will remain solid in coming months,” he observed.

“The key uncertainty is by how much the strengthening in jobs growth will be held back by job shedding as mining projects wind up.”

It needs to be said that the Australian Bureau of Statistics’ (ABS) employment figures are estimates, as demonstrated by the fact that February’s unemployment rate was revised up from 6% to 6.1% in these latest data. 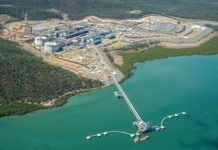 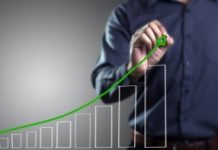 Amid 2020 challenges, Aussie farmers set to enjoy profitable year ahead