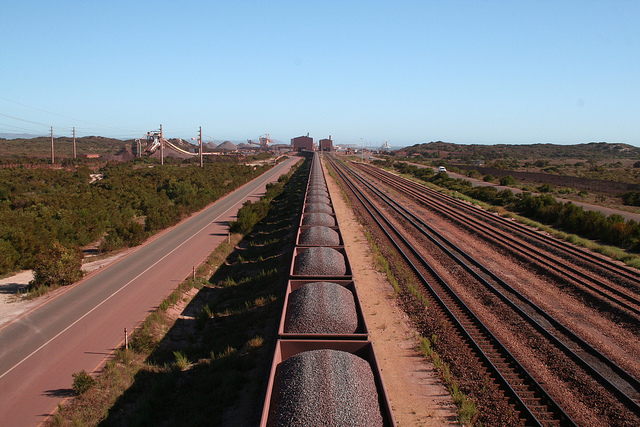 The iron ore price has dropped below the US$100 a tonne mark for the first time since September 2012, sending shock waves into the corridors of power in mining companies working from the Pilbara to Canberra.

Unlike the previous drop in iron ore prices – which was largely surprising and took markets by surprise – the latest slide was more expected as investment banks have slashed price forecasts for the commodity in the past month.

According to the article on The Australian, the dramatic fall in iron ore prices was caused by the fact that the world’s four largest iron ore miners have dramatically expanded, bringing on hundreds of millions of tonnes of new supply while China’s economy is slowing.

Iron ore was Australia’s biggest export last year, earning $57 billion. The Bureau of Resources and Energy Economics has predicted a 35% lift to $76 million for this year, which now looks unlikely to occur.

Analysts have downgraded their price forecasts for the commodity, with Goldman Sachs predicting prices to hit US$80 a tonne next year.

“We think this is a structural decline in prices rather than anything short-lived,” analyst Craig Sainsbury told AAP.

“There is an oversupply in the industry at the moment, therefore prices are suffering in what’s also a reasonably low growth steel environment in China at the moment.”

However, IG market strategist Evan Lucas said the pessimism about China was overplayed, with demand for steel products and growth strong.

He said that even though current prices were low future contracts for September on China’s Dalian exchange were still a healthy US$114 a tonne.

“Come September they still believe and are happy to buy iron ore at US$114 a tonne,” he told AAP.

Austral reaches key development milestone at its Anthill Mine in Qld