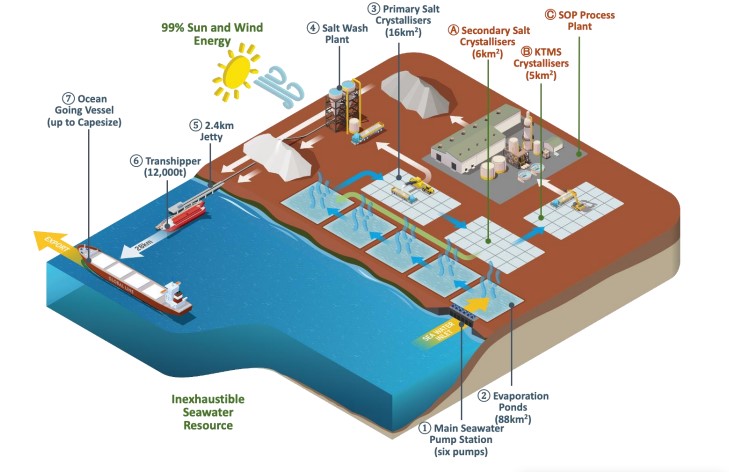 The board of BCI Minerals has approved the final investment decision (FID) for the Mardie salt and potash project on the West Pilbara coast.

Mardie will be the first new solar salt operation in Western Australia in almost 25 years and the first to produce salt and sulphate of potash (SOP) from seawater.

The Mardie Salt and Potash Project aims to produce 5.35Mtpa of high-purity salt and 140ktpa of sulphate of potash (SOP) via solar evaporation of seawater.

“The final investment decision reflects our collective confidence that the project funding will be finalised in coming weeks, based on the expected approvals pathway and indications of interest received from existing shareholders, including Wroxby Pty Ltd, and potential new shareholders,” said BCI’s Non-executive Chairman, Brian O’Donnell.

“We are confident that with the ongoing support of our Board, shareholders and other stakeholders, BCI is on the cusp of creating a unique, sustainable project in Western Australia,” added BCI’s Managing Director, Alwyn Vorster.