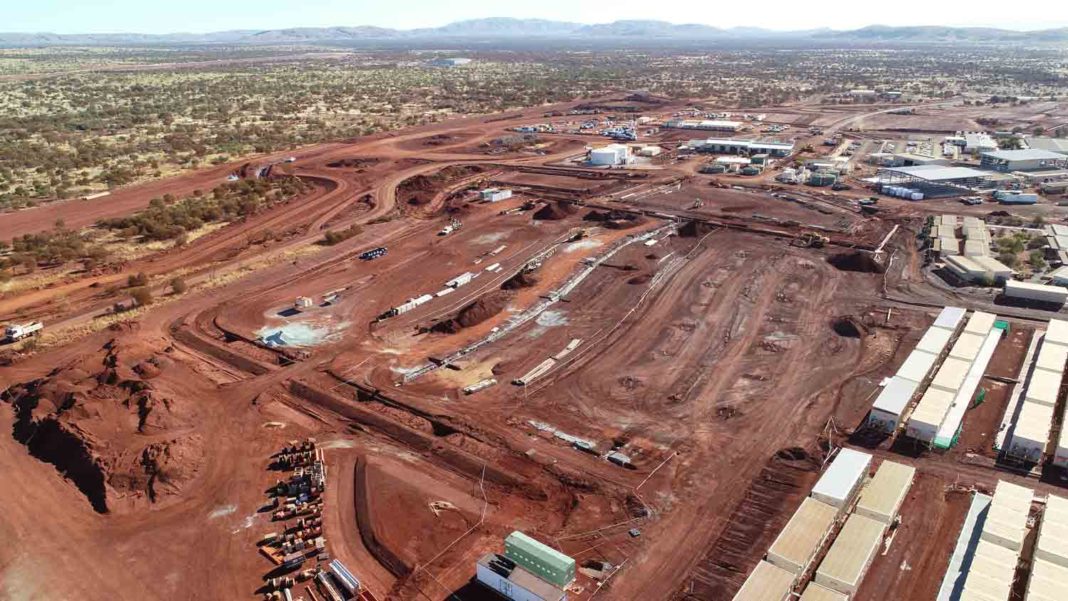 BHP has announced that the first ore has been produced at its $4.7 billion South Flank project in the central Pilbara, Western Australia.

The recently completed South Flank is an 80 Mtpa sustaining mine which will supply ore to global steel markets over the next 25 years, helping to build electricity, transport and urban infrastructure across the globe.

“South Flank is Australia’s largest new iron ore mine in over 50 years and has been delivered safely on time and on budget,” Mr Basto said.

“First ore from South Flank is the result of the hard work and ingenuity of thousands of people and organisations spanning state and federal governments, our suppliers, customers, and partners in WA and around the world.”

“The project has created more than 9000 direct and indirect jobs during construction, and will provide more than 600 operational roles through its life.

The South Flank project included an 80 million tonnes per annum crushing and screening plant, an overland conveyor system, stockyard and train loading facilities, procurement of a new mining fleet and substantial mine development and pre-strip work.

WA Premier Mark McGowan said more than $4.6 billion of works have been awarded on South Flank with 41% awarded to Western Australian businesses, including 37% committed to businesses in the Pilbara region.

“South Flank is an example of my Government’s commitment to working with industry to take advantage of the international market and business development trends to create Western Australian jobs and support local business,” Mr McGowan continued.

“I’ve seen this project through from its inception, from turning the sod on site with BHP and Banjima Traditional Owners in 2018 to its completion and now first production of ore.

“I congratulate BHP on reaching this important milestone and look forward to this project continuing to provide jobs for Western Australians and delivering considerable economic benefit for our State.