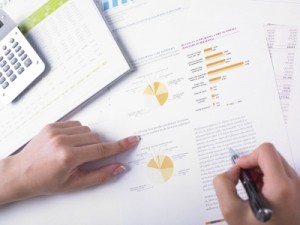 Mining giant BHP Billiton has committed a further A$10 million to the Australian Indigenous Education Foundation (AIEF) to fund 90 secondary and tertiary scholarships for Indigenous students in Australia.

In a statement BHP Billiton Iron Ore President, Jimmy Wilson said he has had the privilege of spending time with some of the scholars and was inspired by their commitment and dedication to achieving their goals.

“Not only does the scholarship recipient benefit, they also become role models to other young people in their communities, who can then follow in their footsteps. This ripple effect is very powerful and something that we’re incredibly proud to be associated with,” Mr. Wilson said.

BHP Billiton has been in partnership with AIEF for three years and has invested a total of A$16.3 to the Foundation, delivering 185 secondary and tertiary scholarships during the next 10 years. The mining firm has committed more than A$55 million in education initiatives over the past five financial years through the BHP Billiton Community Development Program.

Students who receive secondary scholarships study in various Perth-based private institutions while recipients of the tertiary scholarships are being encouraged to apply for degrees in mining-related disciplines such as engineering in Australian universities.

The AIEF partnership is funded through the BHP Billiton Community Development Program. The program invested A$58 million into the Western Australian community in FY13, bringing the total investment in Western Australia during the past five years to more than A$200 million.

AIEF’s Chief Executive Officer Andrew Penfold said they are “very pleased” to work with BHP Billiton and celebrate the success of students and their families each year.

“One of the biggest barriers to achieving Indigenous equality in Australia is education – we know we have found a sustainable, and scalable, solution that works. We’re seeing it in action every day.”

McDonalds aim to stop the use of cage eggs by 2017