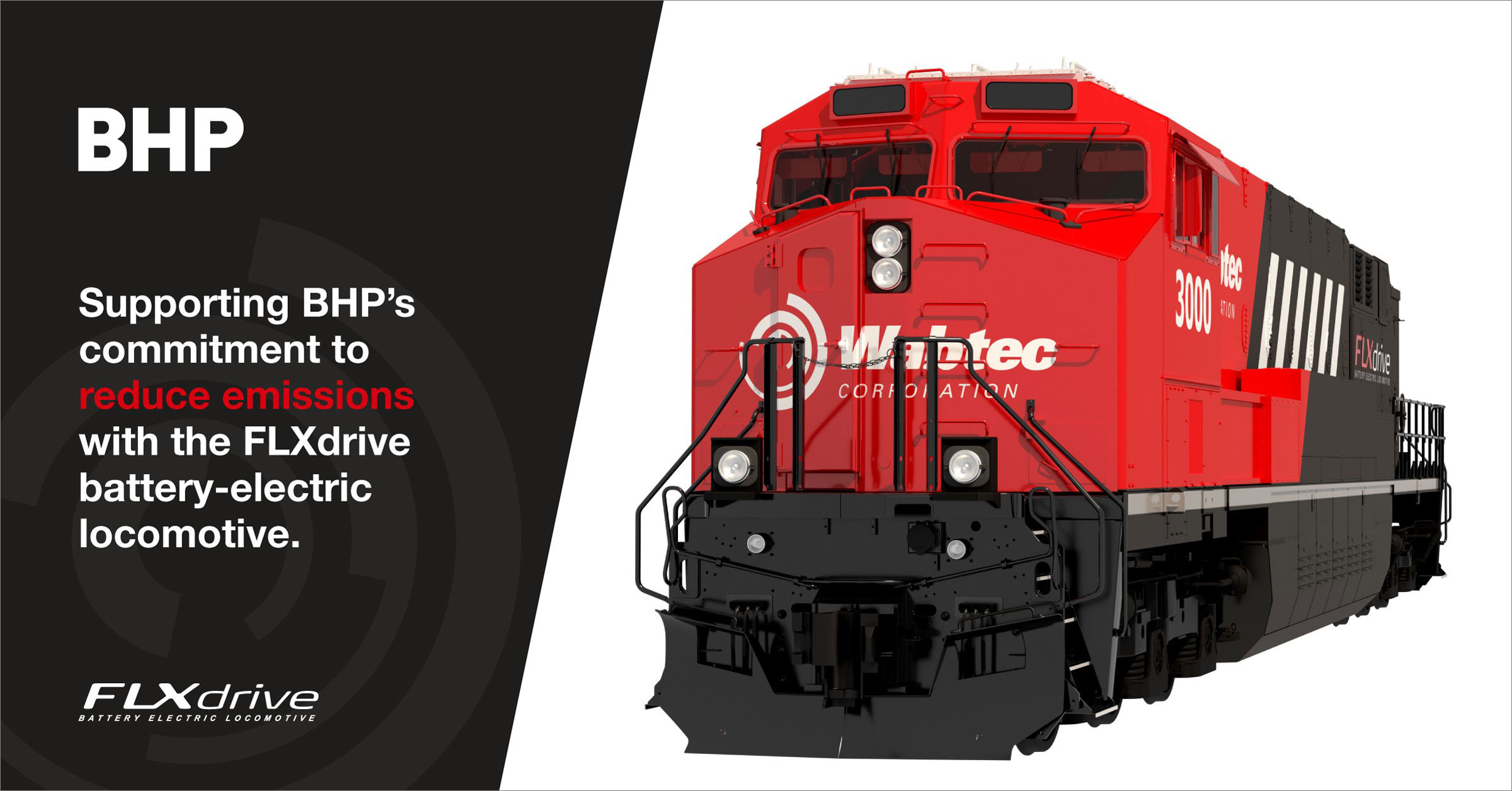 Scheduled to be delivered by the end of 2023, two of the battery-electric locomotives will be manufactured and delivered by Wabtec, while the other two by BHP’s current provider Progress Rail, a Caterpillar company.

According to the company’s official announcement, a full transition to battery-electric locomotives would reduce its WA iron ore diesel-related carbon emissions by approximately 30% annually.

“Rail is the fundamental link in our pit-to-port value chain, and the power required to deliver fully-laden iron ore wagons from the Pilbara to Port Hedland is significant. Trialling battery-electric locomotives in collaboration with Progress Rail and Wabtec has great potential to support our operational emissions reductions targets and goals,” said BHP Asset President Western Australia Iron Ore, Brandon Craig.

“Replacing diesel-powered vehicles with electric technology is a key part of our plans to reduce operational emissions, as is partnering with a broad range of global equipment manufacturers and technology providers,” added BHP Group Procurement Officer, James Agar.

“The FLXdrive battery-electric locomotive represents the future of sustainable rail operations. The rail and mining industries are on the cusp of technological advancements to equip customers with zero-emission locomotive fleets,” said Wabtec President of Freight, Rogerio Mendonca.

“The FLXdrive is a major step toward eventually achieving that vision. It will provide BHP with the tractive effort, fuel savings, emissions reductions and reliability to cost effectively run their rail operations.”

Stanmore to restart Isaac Plains coal mine in Queensland

QRC releases new blueprint to address mental health and wellbeing of workers in the...