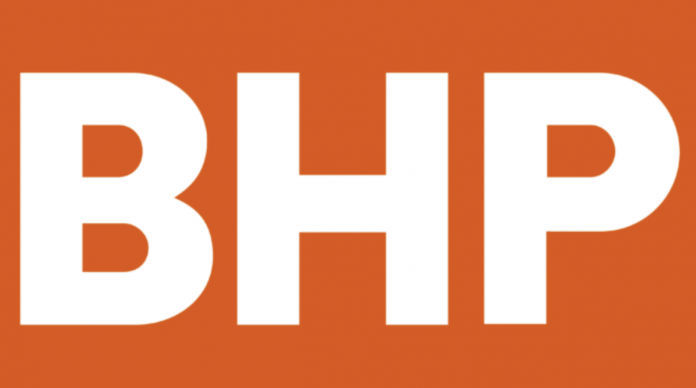 The company, which remained fatality free during the year, said the full-year production guidance for iron ore and energy coal was achieved, as was the revised guidance for copper and metallurgical coal.

In contrast, full-year nickel production was lower than the revised guidance due to a smelter outage at its Nickel West operations, as well as “significant impacts of COVID-19-related labour absenteeism and workforce shortages”.

Commenting on the numbers, BHP Chief Executive Officer, Mike Henry, said BHP had produced a strong fourth quarter to cap off a year of significant progress.

“Our performance for the year has been underpinned by safe, reliable operations and firm demand for our commodities. We completed another year fatality free and we are unwavering in our effort to improve safety, and this includes addressing sexual assault and harassment, racism and bullying,” he said.

“We delivered record full-year sales volumes at our iron ore business in Western Australia as a result of reliable operational performance and the South Flank project which continued to ramp up.

“In copper, Escondida in Chile had record material mined and near-record concentrator throughput, while Olympic Dam in South Australia performed strongly in the fourth quarter after planned smelter maintenance.”

Mr Henry also warned that whilst the Queensland metallurgical coal delivered a strong underlying performance in the face of significant wet weather, the company was assessing the impacts on BMA economic reserves and mine lives as a result of the increase in coal royalties by the Queensland Government.

“The near tripling of top end royalties has worsened what was already one of the world’s highest coal royalty regimes, threatening investment and jobs in the state,” he added.

The full report is available here.