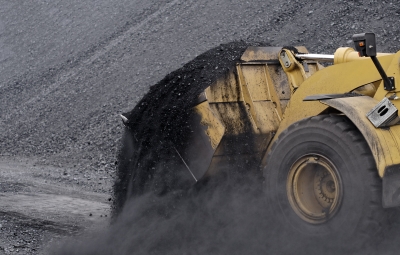 BHP Billiton, along with joint venture partner Mitsubishi Development Pty Ltd, opened its new Daunia mine today. The new mine located on the eastern side of the existing Poitrel Mine is the company’s ninth operating metallurgical coal mine in central Queensland.

Hon. Campbell Newman, Premier of Queensland joined the companies in a ceremony held to celebrate the opening of the mine which has created 450 direct jobs in Queensland.

The mine began construction in 2011 and was completed in July this year well under budget and producing coal four months ahead of schedule.

“Large coal mines are complex projects, and this is a fantastic achievement for our team,” BHP Billiton Coal President Dean Dalla Valle said.

A strong partnership with Mitsubishi, the BHP Billiton – Mitsubishi Alliance (BMA) is the State’s largest coal miner, operating seven BMA metallurgical coal mines in central Queensland with its eighth mine, Caval Ridge due for completion next year. BMA has committed US$7.7 billion for major projects in Queensland over the past three years in addition to the US$1.4 billion invested to construct Daunia.

Daunia has a mine-life of about 30 years with a production capacity of 4.5 million tonnes per annum. The mine allows for greater cost and capital efficiency because of its low stripping volume and the utilization of its existing rail and port infrastructure.

Almost a quarter of Daunia mine’s employees are women and half are new to the coal industry. BMA has worked harder to ensure everyone receives the training and support they need to work safely. Mr Dalla Valle says the company is already starting to recognise the benefits of having a diverse workforce on the mine site.

“Our new recruits are in good hands. From day one Daunia mine has set a high standard, with the construction team handing over the site with an exemplary safety record including four million work hours without a lost time injury.”

“As the Daunia mine ramps up production and we continue to deliver our growth projects, it is critical to drive productivity measures right across our business to remain competitive. We will continue to work in partnership with governments, industry, our people and our communities to achieve that,” said Mr Dalla Valle.

After Auris survey, Westgold to begin drilling at Forrest Deposit