China’s announcement that it would be banning the use of imported low-grade coal spells trouble for a number of coal exporters in the Hunter Valley, which have already been struggling to remain viable in an increasingly difficult market environment.

China’s move to ban imported coal high in sulphur and ash content into the main urban areas around Beijing, the Yangtze river delta and the Pearl River delta is designed to provide a much needed boost to its own mines, as well as to reduce the enormous air pollution for which the country has been much criticised.

“Most of the evidence that we see is to do with protectionism, to me what we’re seeing this year is just a continuation,” J Capital Research analyst Susannah Kroeber said following the disclosure of the new standards.

“There’s been a massive oversupply and very high inventory levels in all of the inland coal-producing provinces.”

However, the new regulations are expected to impose extra costs on Australian coal exporters, as they will have to wash the coal to meet the stricter coal quality regulations, which in turn will threaten the economics of these exports.

According to the Sydney Morning Herald, the Bureau of Resource Economics estimates that as much as 13% of exports of thermal coal, which is used mostly to produce electricity, could be at risk due to the China ban.

“Overall we are exporting about 194 million tonnes of thermal coal, and our assessment is that there will be limited impact with only 20 million to 25 million tonnes of coal will be potentially impacted by those restrictions. This is equal to as much as 13% of thermal coal exports, valued at more than $US1.75 billion,” Wayne Calder of the Bureau of Resource Economics said.

“The coal producers … can still undertake actions such as washing or blending so that they will still be able to meet the restrictions the Chinese have imposed. We export about 47 million tonnes to China out of that 194 million tonnes of total thermal coal exports. While China is a valued export market Japan is still our largest market for coal, Korea is a very substantial market as well, and in the future we are going to see India grow very strongly.”

Influential industry consultant Wood Mackenzie has produced a detailed analysis on the newly created situation in China and found that Indonesia will be the main beneficiary of the change, even though it generally produces a poorer quality coal than Australia. 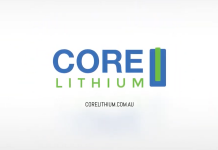 Minerals processing roadmap: An opportunity for jobs and climate 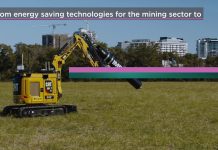