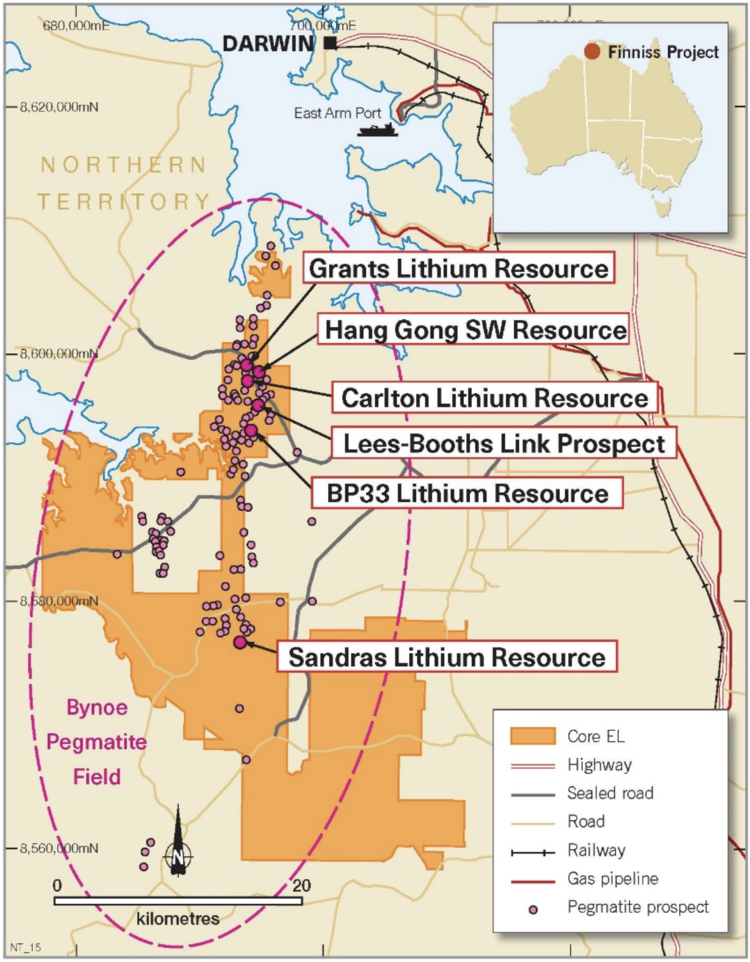 According to the ASX announcement, run of mine ore will be stockpiled prior to feeding into the CSI crusher circuit, with the crushed ore then stockpiled before being processed by the Dense Media Separation plant where spodumene concentrate will be produced for export.

CSI is expected to start mobilising to the Finniss project in June 2022.

“The award of the crushing contract is another significant step in the development of the Finniss Lithium Project,” said Core managing Director Stephen Biggins.

“Core staff have done a great job getting the site ready for CSI to start work next month.”

Core Lithium owns 100% of the Finniss Lithium Project, located just south of Darwin Port, within one of the most prospective areas for lithium in the Northern Territory.

Last year, the company raised A$91 million via an institutional placement just days after securing a $34 million equity investment from Ganfeng, one of the world’s largest lithium producers, to fund the development of its flagship project.

Sheffield Resources opens new office in Derby to support the development of a world class...