Scientists from the Commonwealth Scientific and Industrial Research Organisation (CSIRO) have developed a revolutionary analysis technology for measuring drill hole geochemistry and mineralogy at a drill site within minutes of the drilling process.

The Lab-at-Rig® technology was developed in collaboration with Imdex and Olympus, under the Deep Exploration Technologies Cooperative Research Centre (DET CRC).

“If mining or exploration companies have real time information about the mineralogy and chemistry in the drill-hole they can efficiently plan what to do next; whether that is to drill deeper, drill further holes, try elsewhere or to stop. Ultimately, Lab-at-Rig® will provide improved decision making and productivity for mineral resource operations.”

The idea was born out of the frustration involved with waiting for lab results. Current methods of data analysis take up to three months and cost millions of dollars.

CSIRO’s Lab-at-Rig can cut the process down to just one-hour cycle.

“Our ‘light bulb’ moment was in 2011 when a group of DET CRC researchers were watching a diamond drilling operation near Adelaide and observed the fluid carrying the drill cuttings to the surface,” Dr Uvarova said.

“They asked the question: ‘what if we could analyse the cuttings separated from that fluid in real time?”

According to CSIRO’s media release, the Lab-at-Rig® system, fitted to a diamond drill rig and Imdex’s AMC Solids Removal Unit includes: a sample preparation unit that collects solids from drill cuttings and dries them; Olympus X-ray fluorescence and X-ray diffraction sensors to provide chemistry and mineralogy of the sample respectively; and the ability to upload data to REFLEX’s cloud-based platform where it can be analysed and provided back to the explorer.

According to CSIRO’s Discovering Australia’s Mineral Resources Program Director, Dr Rob Hough, Lab-at-Rig® is a product of the successful collaboration between the partners through the DET CRC.

“The way that Imdex, Olympus and CSIRO have worked together on this through the Deep Exploration Technologies CRC has been crucial and critical to delivering this world-class technology in such a short timeframe,” Dr Hough said. 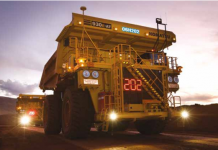 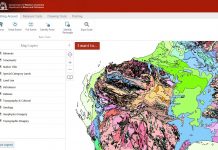 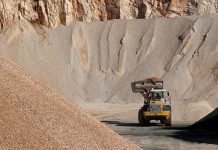