Drought stricken farmers plead to the Coalition for help as summer temperatures continue to rise and resources continue to dry up.

According to the news article on The Guardian, the Federal Government is under great pressure to help farmers that are faced with strenuous times.

Queensland has the worst drought situation with 62% of the state drought declared. NSW has dry stretches in the western areas along the border with South Australia, through central NSW and north to the border with Queensland.

The National Climate Centre reveals that long-term rain deficiencies have been worsened by the very short time period between this and the “millennium drought”.  The dire situation is further aggravated by the cattle crisis, following the Labour Government’s live export ban to Indonesia.

“This has left some people in drought for 18 months and they continue to face long, hot, dry conditions,” said Dale Miller of lobby group Agforce Queensland which represents broadacre operations.

The drought relief assistance scheme implemented by the Government in Queensland includes transport and fodder subsidies, as well as provision for emergency water infrastructure in situations of animal welfare and wavering of leasehold fees.

“It means drought-affected producers can claim up to $30,000 in assistance, which is capped at up to 50% of eligible expenditure,” said Miller.

The State Government of New South Wales has released a drought support package for farmers in north-western areas that include transport assistance, water infrastructure and waivers for lease and pest payments.

National drought policy remains in a state of flux since the previous Labour Government removed interest rate payments for all farmers who passed an asset test and were in an “exceptional circumstances” area.

These EC arrangements are still in effect and will remain to be until the end of June 2014. Currently, no areas in Australia are EC-declared and there have been no announcements as to the replacement of the interest rate payments.

“I understand there are many farmers, and their families, who are doing it tough and facing challenging circumstances. I know we need to prepare farmers for the future and give them access to financial assistance and support when they need it. The exceptional circumstances arrangements are ending on 30 June 2014. At this time they will be replaced by a range of new measures delivered by the Australian, state and territory governments. Support is available now for farmers in difficulty,” said Minister for Agriculture Barnaby Joyce.

The Minister further revealed that the Government plans on addressing national drought policy through the process of the agricultural white paper which was announced before Christmas. However, the conclusion of this action may take at least a year.

Drought-stricken farmers appreciate the measures, but stand firm in claiming that governments need to take further action and truly step up to the plate. 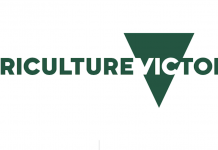 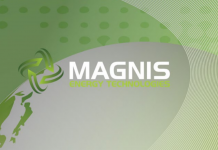