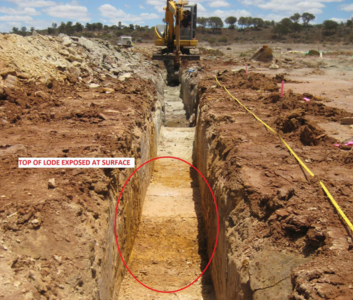 Perth-based mining exploration company GME Resources announced that it has commenced mining operations at its Devon gold mine in Western Australia.

“The Company is pleased to advise that it has received approval from the DMP in relation to the Mining Proposal and Mine Closure plan for the expansion of open pit operations at the Company’s 100% owned Devon gold mine in the north eastern goldfields of WA,” reads the ASX Announcement.

GME said that contractors associated with the development have mobilised to the site and mining is now in progress.

The company expects to mine approximately 63,000 tonnes of ore at an average grade of 6 grams per tonne over the next five months, with the first parcel of ore expected to be delivered for processing by mid-March.

“The stage two development will result in a cut back of the trial open pit completed in May 2015 that will allow the mine to be expanded to a depth of approximately 40 metres. Ore produced from the mine will be hauled 115 kilometres via the Red October haul road to Saracen Gold Mine’s Carosue Dam plant site for processing,” GME said.

The Devon gold mine has a JORC Resource of more than 50,000 ounces of gold. Mineralisation at the mine is in the form of quartz bearing lodes that are set to be exploited by open pit mining and remains at depth of 60 meters.

After Auris survey, Westgold to begin drilling at Forrest Deposit