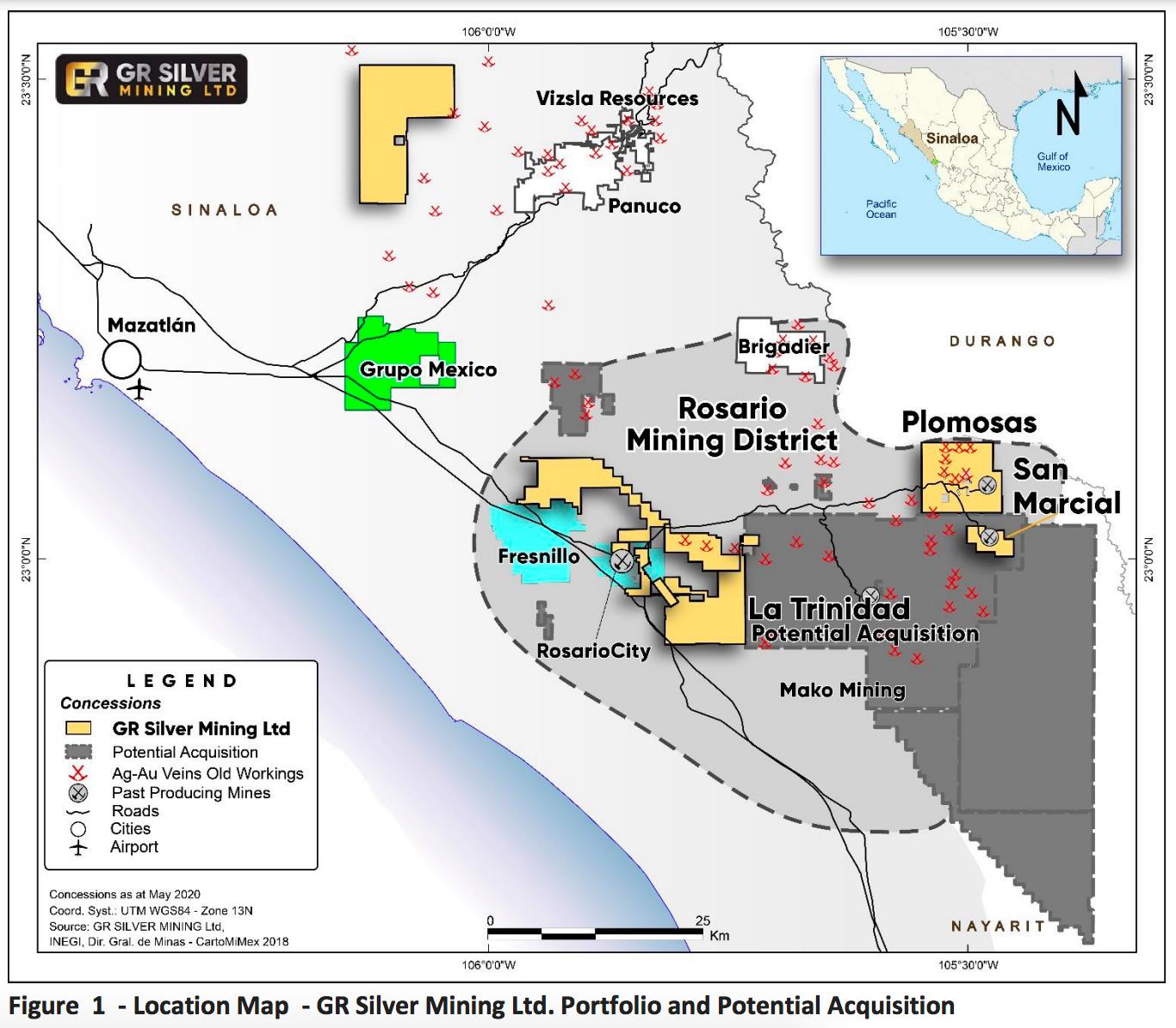 Marlin owns, amongst other assets, Oro Gold de Mexico, a Mexican company that owns the La Trinidad mine facilities, currently being decommissioned.  The Trinidad Mine operated from 2014 until 2019, being one of the highest-grade open-pit heap-leach gold mines in Mexico in this period.

“The Properties include not only the Trinidad Concession, but also highly prospective concessions located next to GR Silver’s existing portfolio in the Rosario Mining District,” the company said in a statement.

“These Properties cover an extensive area of the Rosario Mining District and are complementary to the Plomosas and San Marcial Projects.

“At closing of the acquisition, GR Silver will control the majority of the gold and silver-rich targets in the Rosario Mining District.”

GR Silver Mining President and CEO, Marcio Fonseca, the acquisition was consistent with the company’s strategy of ‘controlling 100% of what we believe are the most important silver and gold assets in the Rosario Mining District’ in Sinaloa, Mexico.

“GR Silver is the first company to achieve control of all these assets and unlock the opportunity for exploration potential and discoveries, towards developing the next generation of silver and gold Mines,” he continued.

“This acquisition supports our goal of delivering significant shareholder value through new discoveries.