The NSW government said it had approved the drilling by Santos of eight exploration coal seam gas (CSG) wells in one of the biggest remaining temperate woodlands in eastern Australia, provided “strict” environmental conditions are met.

Santos has been given the go ahead to drill in the Pilliga Forest in north-west NSW in August but details were made public only recently on SMH along with the approval for stage one of its water management plan.

Queries have been made on how the same arm of government taking Santos to court this week could also give the nod for further drilling in the area.

Santos will face court on its waste water spill in mid-2011 from the nearby Bibblewindi water treatment.

According to The Wilderness Society Newcastle spokeswoman Naomi Hogan, Santos has repeatedly changed tack on how it will treat millions of litres of waste water the new CSG wells will produce.

“One day it is sending 35 trucks of waste water per day to Sydney, the next day it is re-injecting water into aquifers, and the next it’s going to build a reverse osmosis plant.”

According to the society spokeswoman, any water management plan should be “on the public record” and be a “long-term scientifically researched outcome,” which is not yet the ase.

Ms Hogan warns in a local community news report that the Pilliga project will result in the forest being bulldozed, which will threaten native species including the koala.

Santos said it would abide by the conditions set by the state government.

“It is also worth pointing out that there has been extensive groundwater modelling done that shows the proposed exploration program will have no significant impact on the groundwater source in the region,” Santos said.

According to the company spokesperson, if Santos obtains state approval as well as support from the incoming federal government under the existing environment rules, the company hopes to begin drilling in the final quarter of 2013. 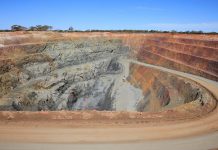 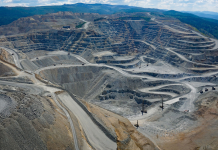