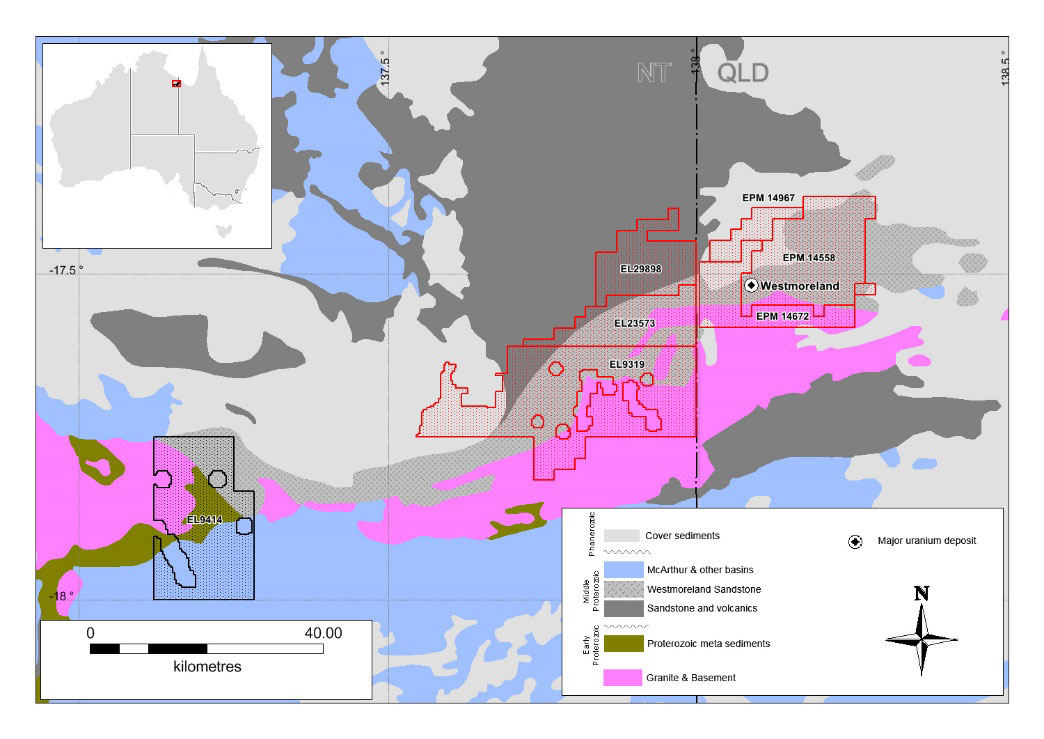 Laramide Resources has begun an exploration program at the Murphy Uranium Project in the Northern Territory.

The company is conducting a helicopter supported reconnaissance stream and soil sampling program designed to test for uranium, gold and other precious and base metals.

The results of the geochemistry and general reconnaissance undertaken are intended to inform an initial drilling program on Murphy which is planned for the next field season in 2022.

The Murphy Project consists of 683.5 km2 of granted exploration tenure, which lies contiguous to and along strike from Laramide’s Westmoreland Project in northwest Queensland.

The company acquired the Murphy Project from Rio Tinto Exploration in 2020.

“The current program will be comprised of approximately 80 stream samples over EL9414 (only) and 15 to 20 soil traverses (approximately 300 soil samples), covering radiometric anomalies on both leases,” the company said in an ASX Announcement.