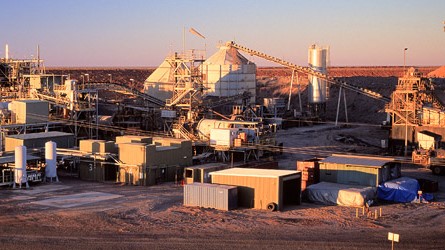 Leading copper and gold producer Newmont Mining has announced that it will proceed with its plan to construct a second decline in the Tanami underground gold mine and expand the capacity of the plant.

According to the official announcement, the expansion project will add gold production of around 80,000 ounces a year and reduce the mine’s costs by 5-10% in the first five years.

The processing plant expansion includes adding a ball mill, thickener and gravity circuit to improve recoveries and expand mill capacity from 2.3 to 2.6 million tonnes per year. Further, the expansion is also set to extend the mine’s life by 3 years.

“Tanami is a Newmont success story. Since 2012, the team has more than doubled gold production while cutting costs by about two-thirds and significantly improving resource confidence. The expansion project continues this trajectory, offering robust returns of more than 35 percent at current gold prices,” said Gary Goldberg, President and Chief Executive Officer.

Once the expansion is complete, Tanami will produce between 425,000 and 475,000 ounces of gold per year at all-in sustaining costs of between $700 and $750 per ounce in the first five years of production.

Newmont said that the capital investment of between $100 million and $120 million will be funded through free cash flow and available cash balances.

The gold mine is located 590 miles south-west of Darwin and 350 miles north-west of Alice Springs in Australia’s Northern Territory.