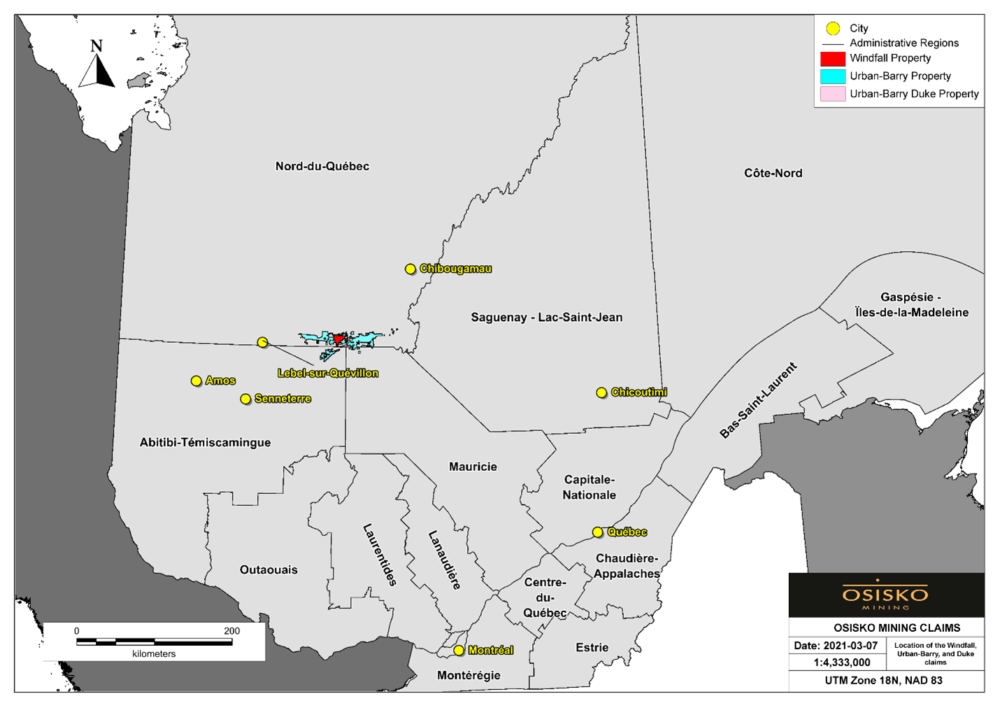 Australia’s Northern Star has inked an agreement with Canadian Osisko Mining to raise $154 million for continued work on the Windfall gold project in Canada.

According to the ASX Announcement, Osisko will also grant Northern Star exclusive rights to initiate negations to acquire 50% interest in the gold deposit located in the Eeyou-Itschee James Bay territory of Quebec, Canada. Currently, Osisko Mining owns 100% of the Windfall property.

“Partnering with Osisko provides a de-risked entry to a high-quality gold province on an advanced development project and aligns with our strategy. A prospective 50/50 JV leverages the skills from both teams to deliver strong returns for our respective shareholders. The Osisko team are a complementary partner to Northern Star with a proven track record of discovery and development and a strong commitment to ESG principles.”

“The potential of joining forces with Northern Star, a well-respected gold producer with a depth of experience in mining underground high-grade deposits similar to the Windfall Project, would help de-risk the remaining work ahead to bring the Windfall Project to successful production,” said John Burzynski, Chairman and Chief Executive Officer of Osisko.

“We are confident that, subject to reaching an agreement with Northern Star on the earn-in joint-venture terms, they will be a very strong partner in assuring our development plans for the Windfall Project. Going forward, Osisko shareholders can be confident that there should be no significant shareholder dilution needed to successfully bring the Windfall Project to production.”