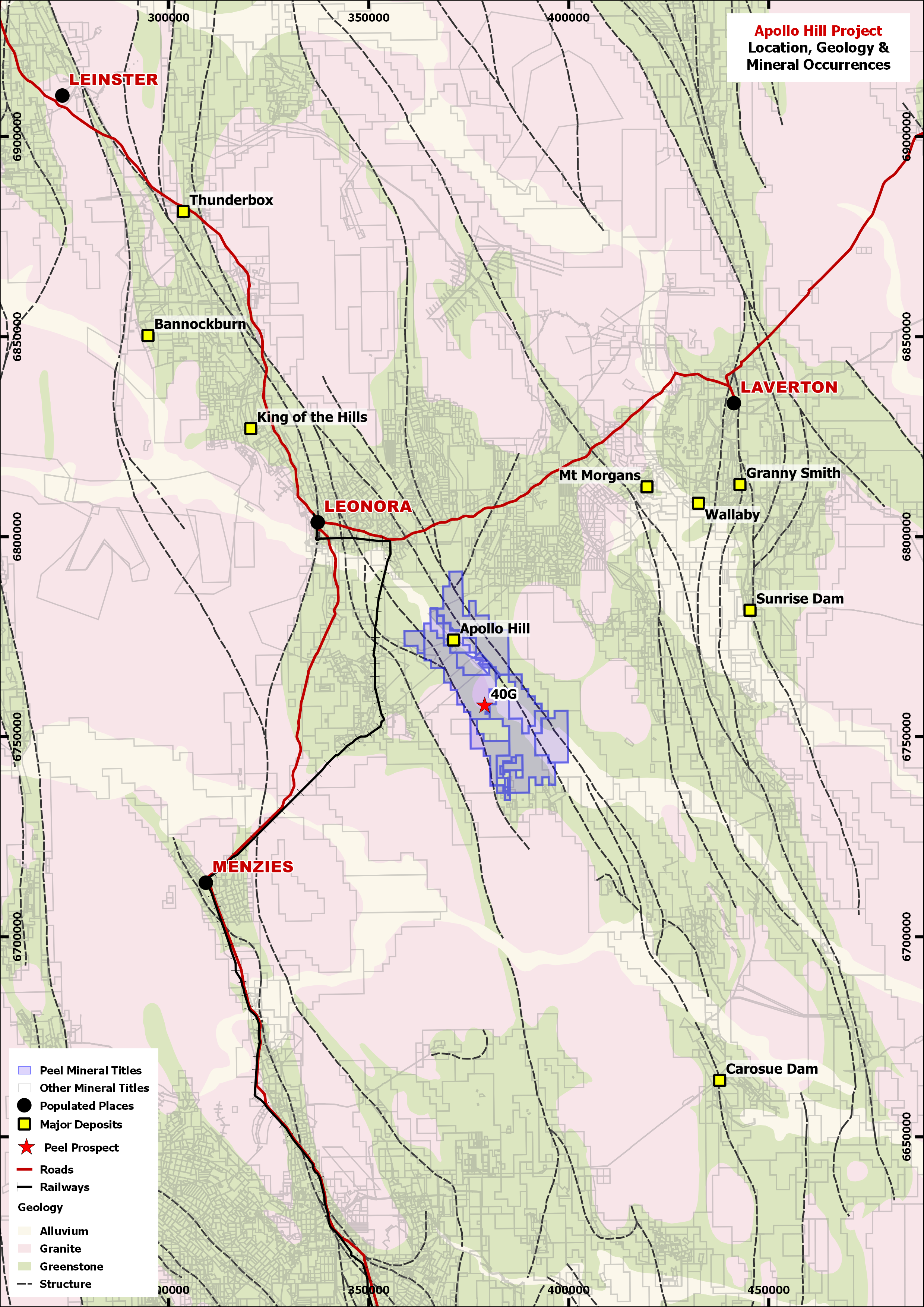 The project, located 60km south-east of Leonora in Western Australia, comprises more than 996km2 of granted tenure and applications and is centered on the advanced Apollo Hill gold deposit.

According to the release, Peel’s wholly-owned subsidiary Apollo Mining Pty Ltd (Apollo), which holds the Apollo Hill assets, has entered into an agreement to sell its interest in the tenements and contractual rights and obligations to Saturn.

“The Apollo Hill gold assets were originally acquired as the Company’s flagship assets, however the discovery of the Mallee Bull copper deposit in NS’s Cobar Basin effectively put Peel in the fortunate position of having two flagships,” said Peel Managing Director Rob Tyson.

“Over time, Peel’s attention has firmly fixed on the exciting potential of our landholding in Cobar. It is now time to unlock the inherent value in the wonderful Apollo Hill real estate by giving it a true life of its own.”

Subsequent to the agreement, Saturn will look to undertake a capital raising via a Public Offer with a view to listing on the ASX. Under the Public Offer, Saturn will seek to raise up to $7,000,000 through the issue of up to 35,000,000 fully paid ordinary shares at an issue price of $0.20. Peel Mining Limited shareholders will be given a priority offer to take up shares in the new listing.

The Company believes that by vending the assets into Saturn and floating the company, Apollo Hill will benefit significantly from reduced competition for capital and increased management attention. Peel will retain exposure to the upside potential at Apollo Hill through its direct equity holding, whilst being able to fully focus on the development and exploration of its exciting portfolio of projects in NSW.