Lithium Australia NL (ASX: LIT, ‘the Company’) recently announced plans to restructure its asset base, in order to provide greater value for shareholders and provide current and future investors with the opportunity to choose in which Company business units they prefer to invest.

LIT business units are as follows.

LIT’s technologies are designed to facilitate a seamless progression from one business unit to another, in that they facilitate the conversion of materials such as mine waste or spent batteries into lithium phosphate (‘LP’), then battery cathode materials and, ultimately, lithium-ferrophosphate (‘LFP’) batteries, without the need to produce lithium hydroxide or carbonate as an intermediate step in the process. Significantly, most of the production cycles described have already been achieved at pilot scale.

The path to commercialisation

On 16 October 2019 LIT announced it had increased its equity in Envirostream Australia Pty Ltd (‘EA’) to 23.9%. By combining the recycling resources of both companies, LIT and EA will form the only recycling entity in Australia able to not only collect, sort, shred and separate the components of spent batteries but also supply the technology required to recover all the energy metals they contain, to supply as a value-added product or for direct feed for conversion into cathode active materials.

It is anticipated that the restructured EA/LIT recycling business unit will be investment ready in the first half of 2020. Further details will be announced in due course.

LIT, through its wholly-owned subsidiary VSPC Ltd (‘VSPC’), has already created LFP cathode powders from mine waste and recycled batteries on a pilot scale. The LFP powders so produced are being incorporated into commercial-format 18650 coin-cell lithium-ion batteries at DLG’s plant in China.

LIT is finalising its prefeasibility studies into the production of LFP cathode powder and, as part of that study, mounting a trade delegation to China in early November 2019. There, the Company will assess opportunities to partner with existing Chinese cathode powder producers, with a view to utilising existing plant and infrastructure for a faster and lower-capital pathway to commercialisation.

Meanwhile, LIT and DLG have incorporated Soluna Australia Pty Ltd, with the aim of supplying battery products into the energy storage industry nationally. The focus will be on fringe-of-grid and off-grid applications. Legal formalities should be completed shortly and staff recruitment has commenced.

LIT is currently revising the orebody model for its Sadisdorf lithium/tin deposit in Germany. The Company is also in discussions with third parties regarding their involvement in the exploration and assessment of a number of its Western Australian exploration assets.

Finally, there is potential for application of LIT’s LieNA® process for the recovery of lithium from spodumene to the fine-spodumene tailings (lithium alumino silicate) discharged by producers of lithium concentrates. The Company is discussing the potential to commercialise this process with a number of lithium-concentrate producers, in a bid to improve lithium recovery and utilisation in existing spodumene processing operations.

“Our plan to create greater opportunities for shareholders and potential investors began with increasing our equity in Envirostream. We see the recycling of spent batteries as a significant opportunity, given the increased legislative and community focus on environmental responsibility. Envirostream’s existing business model and Lithium Australia’s metal extraction technologies could exist in perfect symbiosis, and we are planning for a public listing. Meanwhile, other Company business units are approaching commercialization and, as they do we, will adopt a similar approach in the interests of our shareholders.” 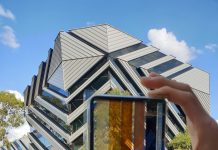 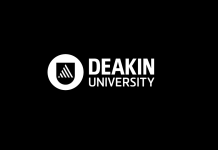 University of Adelaide and Archer Exploration team up to develop commercial uses for Australia’s...

Rio Tinto: On course to meet its full-year target despite weather disruptions