I spent the day in Warwick and Stanthorpe assessing our plans for water security. They had a decent bit of rain over the last few days, but it's nowhere near enough to break the drought. We'll continue to work closely with the council to support people and build the water infrastructure the area needs.

A pipeline could be delivering water to the Southern Downs and Granite Belt by the end of the year.

The Premier said that meant one thing: delivering the pipeline faster.

“By using existing publicly owned land, there will be very little if any land acquisitions required thus streamlining the project,” she said.

The Premier announced a $1 million feasibility study for the project in November. The potential pipeline would link Warwick to water from Wivenhoe Dam via Toowoomba.

The feasibility study is expected to be concluded in April.

Southern Downs Mayor Tracey Dobie said the Premier had stood by Warwick and Stanthorpe during one of the worst droughts in memory.

“The Premier said she wouldn’t let us run out of drinking water and she has been true to her word,” the Mayor said.

“We don’t want to go through another summer like this one again and the pipeline is just the most welcome news we have had in a long time.

“The only thing better would be more rain!”

Warwick’s Leslie Dam is down to less than 4.6 per cent capacity and, without further inflows, it is estimated that Leslie Dam will reach its minimum operating volume in late 2020.

The State Government is providing $800,000 a month to truck water into Stanthorpe.

The State Government has joined the council with drought assistance measures including: 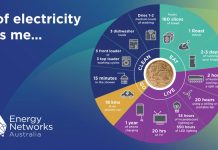 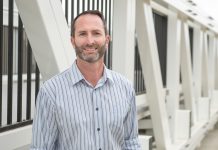 Armour Energy to restart oil production at Kincora in August