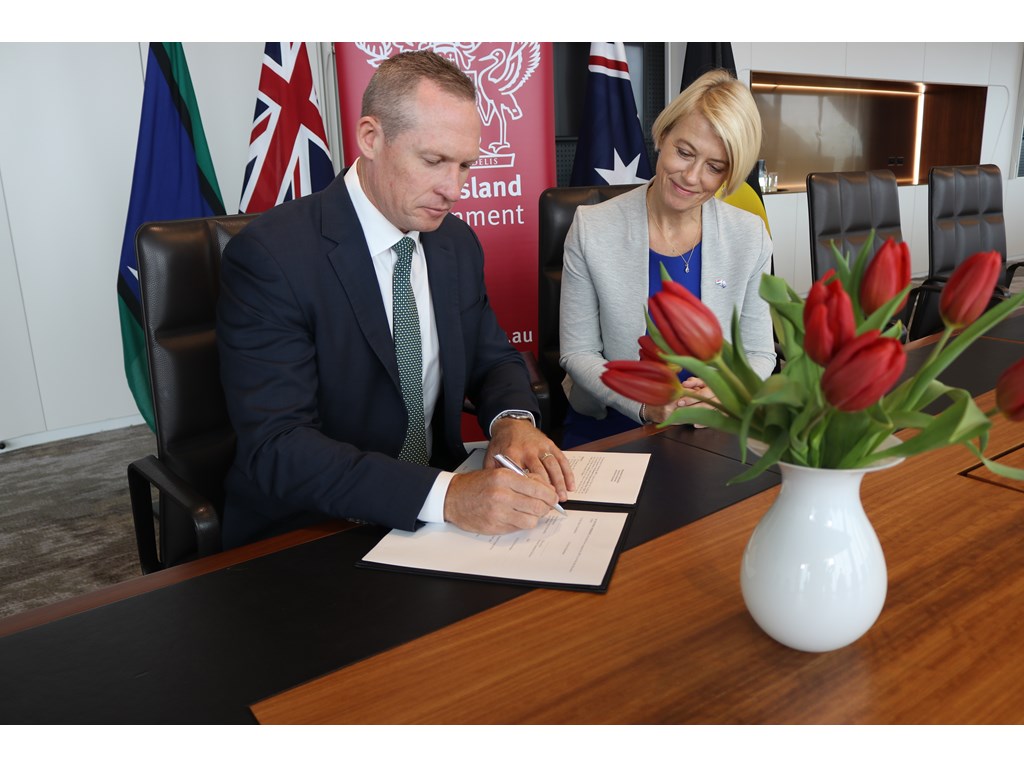 Queensland has inked a green hydrogen export agreement with Europe’s largest port, The Port of Rotterdam in The Netherlands.

Europe’s largest port has a target to import up to 20 million tonnes of hydrogen by 2050, starting with imports of ammonia in 2025.

According to Minister for Energy, Renewables and Hydrogen and Minister for Public Works and Procurement the Honourable Mick de Brenni, the historic Memorandum of Understanding (MoU) with the Port of Rotterdam is another vote of confidence in Queensland’s bid to become a green hydrogen superpower.

“This latest milestone demonstrates that Queensland has what it takes to help economies around the world achieve their decarbonisation ambitions,” the Minister said.

“And given the recent impacts of world events on energy security and their sky-rocketing effect on power prices, this has perhaps never been more important.”

“We also have three Queensland Renewable Energy Zones that allow us to coordinate our vast supply of renewable energy and open doors to rapidly develop our green hydrogen hubs. Importantly we are also skilling Queenslanders to ensure we maximise the opportunity to become a world leader in hydrogen.

Queensland will continue to establish worldwide benchmarks for hydrogen as a new clean fuel that will power more jobs in more industries, according to Mr de Brenni.

“In the coming months, Queensland will further demonstrate global energy leadership when our 10-year Energy Plan is released,” he said.

“This Energy Plan will reinforce the fact that Queensland offers the certainty to make long-term investment decisions, and that we are ‘fair dinkum’ about delivering regulatory certainty, infrastructure certainty, and political certainty.”