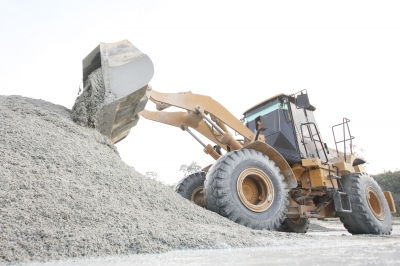 Australia is poised to cash in on worldwide demand for rare earth elements in the wake of China’s reported export restrictions on the highly prized commodities.

China has dominated the world in terms of supply and demand of rare earth elements but Australia now has the opportunity to dominate international trade of certain rare earth metals, including Yttrium, Europium, Terbium and Dysprosium.

These metals are highly prized for their use in in low weight high power magnets that are required for electric vehicles and wind turbines, along with europium, also supplying our much loved high-definition screens, LED lighting, computer hard-discs, CAT scanners. They’ve been nominated by the US Department of Energy as being critical to the global green energy future but they are in short supply around the world.

Australia is just beginning to tap its rare earth resources and the prospects for growth in this sector are extremely promising. At present it’s estimated to hold 6% of the world’s rare earths but according to CSIRO this is not the full story. Consistent with this, the Department of Primary Industries NSW, Australia has excellent potential for commercial deposits of rare earth elements.

The Toongi prospect for instance is a site in the central west of New South Wales and is potentially a world-class source of rare earth elements.

But progress has been stalled by regulatory red tape and Australia up until now still didn’t have an actual producer of rare earth metals. It has been greatly documented that the well-known Lynas Corporation has been faced with overcoming regulatory restrictions imposed by the Malaysian government.

However a statement was released two days ago by Lynas Corporation which said that they have successfully started cracking and leaching rare earth.

“This is another significant milestone for Lynas” said Lynas executive chairman Nicholas Curtis.

Over the next three to four months Lynas Corporation’s extraction units and production will continue to ramp up. Following this announcement the company’s shares rose 14 per cent. Rare earth companies share prices also raised around the world.

Within 3-4 years Australia should have several rare earth mines in operation and will be a major player on the world stage.

Several other Australian rare earth exploration companies are waiting to get underway with their production; Arafura Resources (ARU) is one with a major project in late stages of its development.

They also own a Northern Australia based Nolans’ Project which received a tax refund of $22.5 million to fund further development in a sign of confidence from the Northern Territory  Government. It has a mine life expectancy of more than 20 years with yearly production capacity of 20,000 tonnes of rare earth elements, along with phosphate, uranium and gypsum.

Other exploration companies waiting to get underway with production are Peak Resources (PEK), Hastings Rare Metals (Ltd) and Victory Metals.

The unfolding opportunities in the rare earth sector will be one of the main talking points of the upcoming COO Leaders Mining Summit 2013 in the Crown Metropol Perth. 150 COOs of Australia’s mining companies will sit down on the 23-24 July with representatives of CSIRO to discuss the best way to develop of and share the current challenges and opportunities.