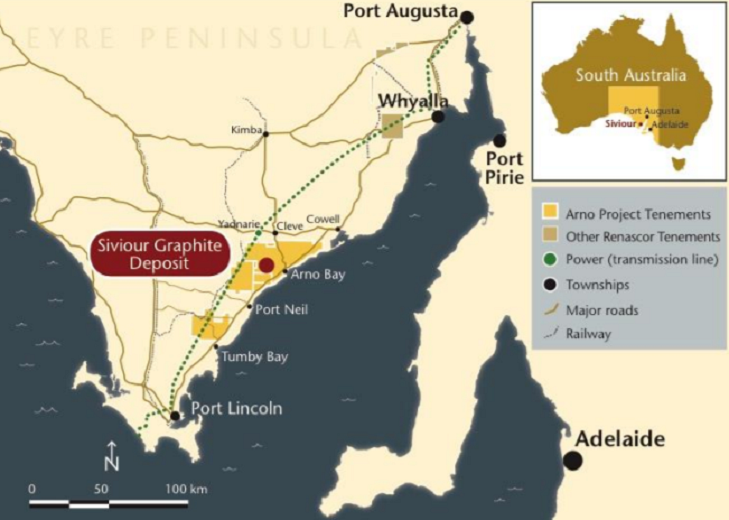 “At a time of booming global demand for smartphones, electric vehicles and other technologies this commitment from the Australian Government positions Australia strongly into the future in the critical minerals sector,” said Minister for Trade, Tourism and Investment Dan Tehan in an announcement.

“The potential of the critical minerals sector is enormous and these loans will support two significant projects that will expand Australia’s footprint and reputation in this rapidly growing industry,” added Minister for Resources and Water Keith Pitt.

Renascor has been approved an A$185 million loan facility to support the development of the Siviour Graphite Project in South Australia which was granted Major Project Status by the Australian Government last year.

In an ASX Announcement, the company said that the government loan will contribute greatly to its becoming a leading supplier of Australian-made and low-cost PSG for lithium-ion battery anode manufacturers worldwide.

“The Siviour Graphite Project represents an important opportunity for Australia, and South Australia in particular, to develop a world class, globally competitive downstream processing capability in a critical mineral that is fundamental to the development of the electric vehicle revolution,” said Mr Christensen.

The loans under the Critical Minerals Facility will be administered by Export Finance Australia (EFA).

“The support from the Australian Government and EFA is a significant and tangible endorsement of this opportunity and Renascor’s ambition to become a world-leading supplier of Purified Spherical Graphite. We look forward to working closely with EFA to satisfy the conditions of approval and to conclude all required facility documentation.”