Queensland’s resources have propelled the value of the State’s exports to $83.3 billion in the 12 months to February 2020, according to the latest Australian Bureau of Statistics data.

Queensland Resources Council Chief Executive Ian Macfarlane said the latest ABS figures demonstrated the ongoing strength of the sector leading into the COVID-19 outbreak and its essential value to the State’s economy.

“While it’s very encouraging to see the resources sector contributing 80 percent or $66 billion to Queensland’s exports it’s important we recognise that in the months ahead we’ll see headwinds as slower demand takes hold from a contracting world economy,” Mr Macfarlane said.

“COVID-19 impacts were yet to evolve in February. Indeed, the World Health Organisation (WHO) declared a Public Health Emergency of International Concern on January 30 and WHO did not declare it a pandemic until March 11.

“China remains Queensland’s largest market with $28 billion in exports over the last 12 months and coal remains our most important export commodity with $35 billion in international sales over the same period.

“At a time when large parts of Queensland’s economy are struggling the regional Queensland jobs our export industries are delivering are more valuable than ever.

“Resources will continue to play its essential role by employing locally and exporting internationally to deliver royalty payments to the State Government.

“Both the state and federal governments have defined the resources sector as an ‘essential’ industry to keep people working and Treasurer Jackie Trad told ABC Radio last week the resources sector was doing its part by keeping people employed and ensuring revenue is flowing into the State.

“In February alone Queensland’s exports were $6.2 billion an increase from $6.1 billion in January.

“Separately LNG export data out of Gladstone for March 2020 showed the industry was weathering the economic storm with 1.825 million tonnes (mt) of LNG exported which is a 2 percent increase on February exports (1.787 mt).

“While we are seeing these strong numbers in the first quarter of this year the industry is watching how our key trading partners in Asia, Europe and North America manage the economic fallout from COVID-19.”

Link to the Queensland Treasury report on the latest ABS export data https://www.qgso.qld.gov.au/issues/3526/exports-qld-goods-overseas-202002.pdf 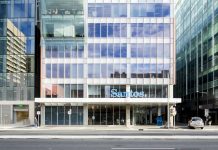 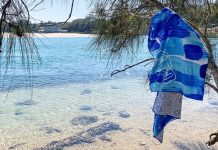 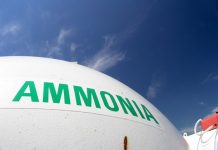