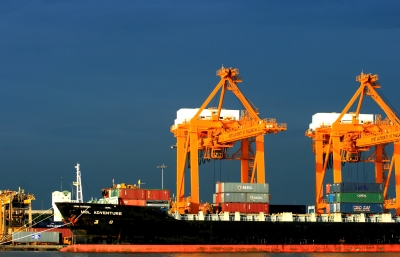 The Department of Foreign Affairs and Trade reported a seasonally adjusted trade deficit in July of $765 million based on the trade balance by Australian Bureau of Statistics released on Thursday. It was the first monthly deficit in three months, following adjusted surpluses of $ 243 million and $184 million in May and June, respectively.

Despite the gap, the report revealed a few high points in Australian mining. Resources exports rose by 2.1 per cent to $12.9 billion, driven by a $101 million rise in other mineral, and $96 million in coal, coke and briquettes. Exports of metal ores and minerals rose by $64 million and exports of rural goods rose by 2.7 per cent to $3.3 billion.

Metals, coal and oil and natural gas account for more than half of the country’s total exports. The increases however, were offset by falls in non-monetary gold exports which was down 18.9% or $219 million to $941 million and the $60 million decrease in manufactures exports to $3.5 billion.

The country’s Balance of Trade had its record low of -$3429 million in February of 2008 and reached an all-time high of $2717 million in June of 2010. High price of commodities brought about consistent trade surpluses in 2010 and 2011 however the trade balance was back at deficit due to the sharp decrease in value of exports and rising capital imports in 2012.

Financial experts at MNI say economists had predicted a small deficit or surplus, though the consensus was flat, as they expected growth in exports to offset the higher imports. However, the rise in exports of 0.4% was not sufficient to offset the 17% rise in imports of fuels and lubricants.

Looking ahead, exports, especially of iron ore, are expected to increase, which is likely to keep trade balance in surplus.