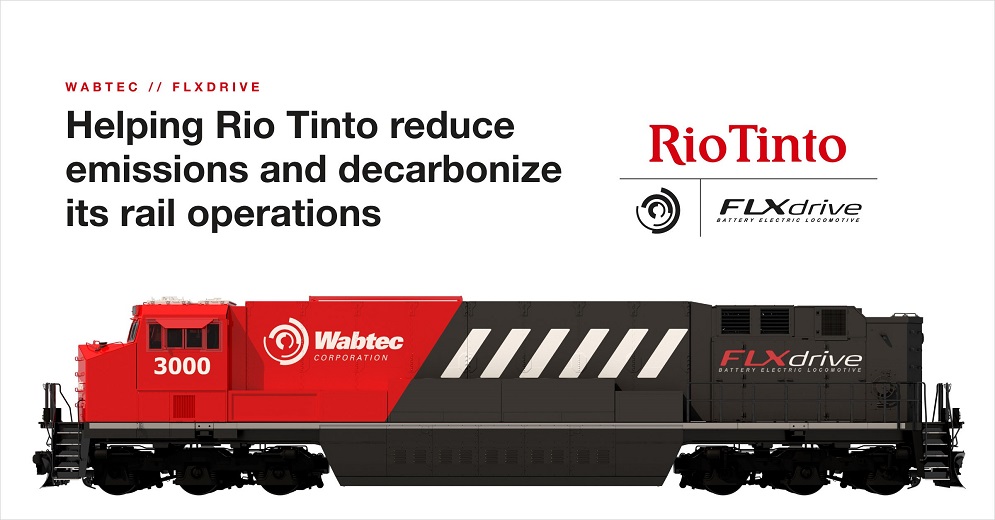 Rio Tinto has decided to buy four battery-electric trains for use in the Pilbara, as part of its plan to halve carbon emissions by 2030.

The four 7MWh FLXdrive battery-electric locomotives, purchased from the Wabtec Corporation, will be put to the test at the beginning of 2024 within controlled environments and tested against a range of criteria.

Wabtec will deliver the FLXdrive battery locomotives to Rio Tinto in 2023.

The locomotives, which will transport ore from the company’s mines to its ports, will be refuelled at specially constructed charging stations at the port or mine.

They will also be able to generate additional energy while in travel, thanks to a regenerative braking system that leverages the energy generated by the train to recharge the on-board batteries.

“Our partnership with Wabtec is an investment in innovation and an acknowledgment of the need to increase the pace of our decarbonisation efforts,” said Rio Tinto Managing Director of Port, Rail and Core Services Richard Cohen.

“Battery-electric locomotives offer significant potential for emissions reduction in the near term as we seek to reduce our Scope 1 & 2 carbon emissions in the Pilbara by 50% by 2030.”

Rogerio Mendonca, President of Freight Equipment for Wabtec, said the FLXdrive is ideal for Rio Tinto to hit its decarbonisation targets.

“This locomotive provides the power, fuel savings and emissions reductions to cost-effectively run rail networks in the mining industry. The rapid adoption of the FLXdrive by Rio Tinto and other mining operators demonstrates the industry’s commitment to decarbonising their operations,” Mr Mendonca said.