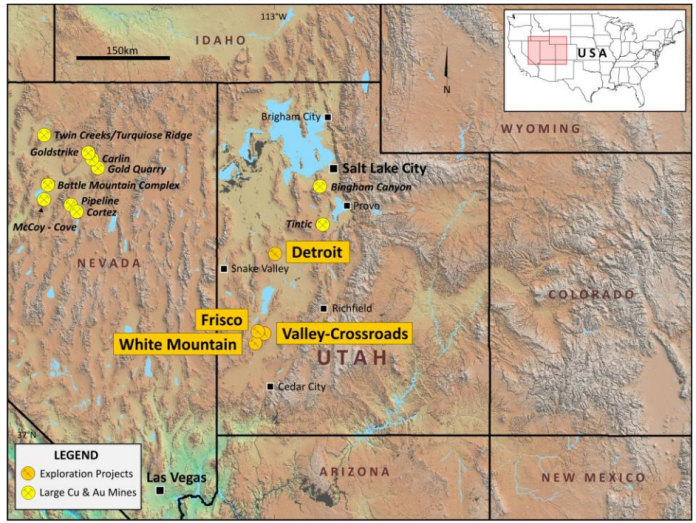 Frisco was Alderan’s number one project at the time of its listing on the Australian stock exchange in 2017. It has been the subject of a farm-in agreement with KEX since November 2019.

KEX has planned one 500m drill hole with a second to follow, dependent on results. The Copper Gulch anomaly is approximately 1,500m long and 500m wide.

KEX can earn up to 70% interest in Frisco through US$30 million spent over 10 years under its farm-in agreement with Alderan.

“Copper Gulch is an excellent porphyry copper target only 500m southwest of the copper-rich tourmaline breccias at Cactus. Depth slices through the modelled magnetics indicate that the anomaly becomes more prominent at depth with a classic high magnetic core ringed by a magnetic low zone,” said Alderan Managing Director Scott Caithness in an ASX Announcement.

“It is further enhanced by anomalous copper in historical surface rock sampling, porphyry style phyllic and potassic alteration plus pyrite, chalcopyrite and molybdenite mineralisation in peripheral historical holes. The anomaly itself has never been previously drilled. Kennecott’s exploration at Frisco has delivered a high potential large scale porphyry target in a copper rich environment. It will be exciting to see the core as the hole progresses.”