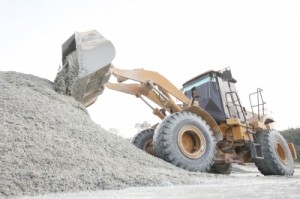 19 commercial banks and five export credit agencies are contributing more than $US7 billion to Hancock Prospecting’s $10 billion Roy Hill project, which is expected to create significant economic and employment benefits to the entire Australian resource industry, employing 3,600 people during construction and 2,000 once operation commences in 2015.

According to the statement issued by the Australian Mines and Metals Association (AMMA) Executive Steve Knott, Hancock Prospecting has made a strong commitment to local suppliers, contracting numerous local mining and related sector companies, which contributed to extending the employment and economic benefits of this important project.

Mr Knott congratulated Hancock Prospecting for navigating the challenges of brokering such a massive deal and bringing investment of this scale to Australia. However, he warned that securing projects of this magnitude cannot be taken for granted and difficulties in attracting investment to the country shores need to be acknowledged and addressed.

The statement reads that more than $150bn worth of resource projects in Australia’s investment pipeline have been delayed or cancelled over the past two years due to investors not progressing critical job-creating projects such as the $45bn Browse LNG plant, BHP Billiton’s $30bn Port Hedland outer harbour, and the $20bn Olympic Dam expansion.

Mr Knott said Australia’s resource employers have consistently warned that unbalanced workplace laws, high-costs and over-regulation are pricing our country out of the resource investment market. According to him, it is now 30% more expensive to build a resource project in Australia than in Canada, one of Australia’s closest competitors.

He said the first step in reversing the drain on Australia’s competitiveness and helping more companies follow Hancock Prospecting’s lead in bringing new investment to this country was ensuring key policies the Abbott Government was elected to implement are passed.

According to him, the Government needs to restore stability to the workplace laws, remove the anti-business carbon and mining taxes, reduce unnecessary red tape and restore law and order to the country’s construction in order to attract greater investment to the resource industry and keep this vital cog in Australia’s economic wheel turning.

Bligh Resources to sell its Bundarra Project to Saracen Mineral