According to his media release, some crops recorded a 300% yield increase, with the best yield results achieved by deep incorporation of clay, fertilisers and organic matter.

The adoption of these new practices would represent a new revolution in farm management, that is set to lead to increased fertility, long term storage of carbon, reduced soil erosion risk, improved water use efficiency and hence a large increase in productivity and profitability for farmers.

“The results show increases between 50 and 100% in yield have been achieved in soil modification field trials at sites on the Eyre Peninsula, the Mallee and Upper South East. There have been a range of significant improvements in Australian dryland agriculture since the 1860s which have increased yields, including the application of superphosphate, the development of artificial fertilisers, increases in machinery size and the development of new plant cultivars,” the Minister said.

“All of these have been focused on getting the most out of our existing soil. New Horizons is the next revolution in agriculture with the focus now on modifying the soil profile to achieve the maximum yield based on rainfall.”

According to him, the results of the trial prove that grain producers don’t need genetic modification technology.

Some SA grain producers have requested to use the technology to deal with pests and weeds and say they need further assurances before taking on the “New Horizons”practices.

“They want confidence in the techniques and a guarantee of improved yields before they will make the investment in soil modification needed to achieve this increase in productivity,” the Minister said.

“The project is now looking to build on these initial results. Once we can answer all the questions, all landholders with low fertility soils will need to adopt this new innovation to ensure the $800m in increased return across the State becomes a reality.” 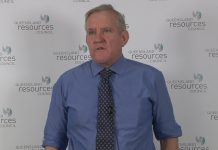 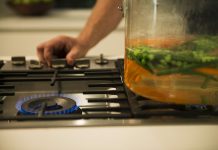 Disruptive agriculture technologies to be showcased at AgFutures Conference in Brisbane