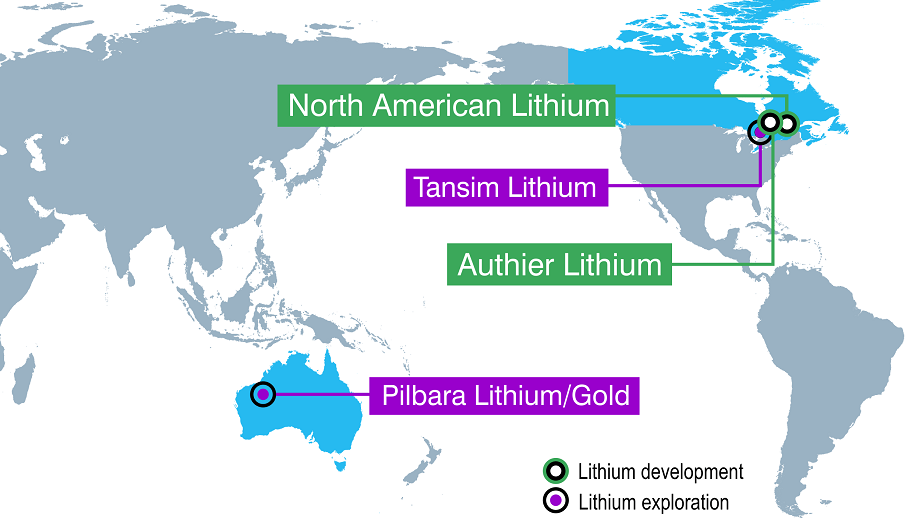 Emerging lithium producer Sayona Mining has further advanced its leading position in the North American lithium industry with the acquisition of a 60% stake in the Moblan Lithium Project in Northern Québec, Canada.

The project, which is 40% owned by SOQUEM Inc., a wholly owned subsidiary of Investissement Québec, is located in a proven lithium mining province, Eeyou?Istchee James Bay, which hosts  established, world?class lithium resources including Nemaska Lithium’s Whabouchi mine.

Sayona’s Managing Director, Brett Lynch, said the US$86.5 million acquisition adds to the company’s established Abitibi lithium hub as it continues to build the leading lithium asset base in North America.

“This is an important step as this expansion in our lithium resource further strengthens our capacity and plans to move downstream into lithium hydroxide/carbonate production in Québec, capturing added value and ensuring the province plays a leading role in North America’s clean energy drive,” he said.

“Proposed battery manufacturing investments in Québec by Britishvolt, Lion Electric, StromVolt and others together with multi?billion dollar investments in EV production in Ontario highlight the strength of demand from the booming North American EV and battery storage sector.

“The world needs a renewable energy solution to climate change and North America needs supply chain security for battery metals. Québec has the necessary lithium resources and Sayona will be there to deliver.”

According to Sayona’s statement, the company is planning an additional drilling program at Moblan next year aiming to expand its lithium resource.

Sayona said it would also will undertake a revised definitive feasibility study targeting an increase in its spodumene production capacity.