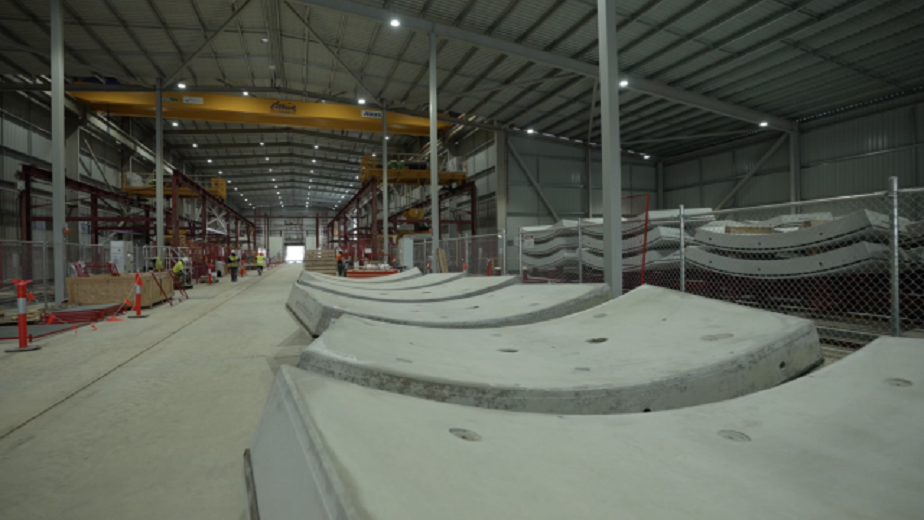 The $5.1 billion Snowy 2.0 project is a nation-building project that will underpin thousands of megawatts of renewables for years to come.

Snowy Hydro CEO and Managing Director Paul Broad said over 1,200 people are already working on the project including over 220 jobs during the segment factory construction and operation.

“Right from the start, we wanted to build this factory locally rather than import segments from overseas or interstate because it meant local jobs, opportunities and investment,” Mr Broad said.

“So it’s with great pride that we celebrate the official launch of this critical facility for Snowy 2.0 alongside our principal contractor and factory operator Future Generation Joint Venture.”

According to Snowy Hydro’s statement, the factory operations include a concrete batching plant and two automated carousels, producing up to 24 rings, each one made of nine segments, per day.

“Raw materials are sourced from the local area to mix concrete within the batching plant, which is then transferred into the factory and poured into specially-designed moulds every 10 minutes,” reads the statement.

“In a recycling initiative, around 70,000 tonnes of slag – a by-product of the steel manufacturing process – is used to produce the segments. This reduces the amount of cement required by 40 per cent.

“The segments will supply the three Snowy 2.0 tunnel boring machines as they excavate and line more than 27 kilometres of tunnels between Tantangara and Talbingo reservoirs.

Once completed, Snowy 2.0 will link two existing Snowy Scheme reservoirs, Tantangara and Talbingo, with 27km of waterway tunnels and a power station with six pump-turbines located about 800m underground.

Water in the top storage will be released for energy generation at times of peak demand and pumped back at times when there is excess energy in the grid.