Thousands of workers at Bluestone Global lost their jobs after the mining service provider, which has been battling with liquidity pressures for months, went into voluntary administration on Monday. 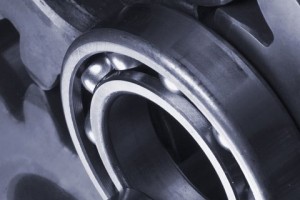 The company had been attempting to find merger opportunities as well as additional investor funds to improve its dire financial state since May, but its efforts to improve the liquidity yielded no results and the board of directors was forced to appoint administrators.

According to the article on The Bull, as many as 3500 contract workers and 180 full time employees have been retrenched from Bluestone and its subsidiaries, the majority of whom, including labour hire firm ResCo, went into liquidation as their parent company went into administration.

ResCo, which provides mining services in the NSW Hunter Valley, is working with liquidator KordaMentha to redeploy the workers, and the advisory and investment firm said about 80 ResCo staff are expected to be placed in new jobs and about 220 ResCo truck drivers and trainees will be transferred to labour hire company Skilled Engineering on Wednesday.

A further 35 light vehicle tradespeople will either move to Skilled Engineering or WorkPac.

“This means that over 95% of the (ResCo) on-hire labour force in the Hunter Valley will be in employment from tomorrow or the next rostered shift, on the same site as previously deployed,” a statement from KordaMentha on Tuesday afternoon said.

Liquidator Craig Shepard said every effort was being made to find new jobs for the 3500 contract workers and 180 full-time staff from Bluestone, and its subsidiaries.

“We are also optimistic that a good proportion of supervisory and office staff will also find new roles,” he said.

Bluestone is headquartered in Melbourne but the core of its workforce is based in the Hunter Valley. Other sites include Adelaide, Brisbane, the Gold Coast, Ballarat, Cairns and Darwin.