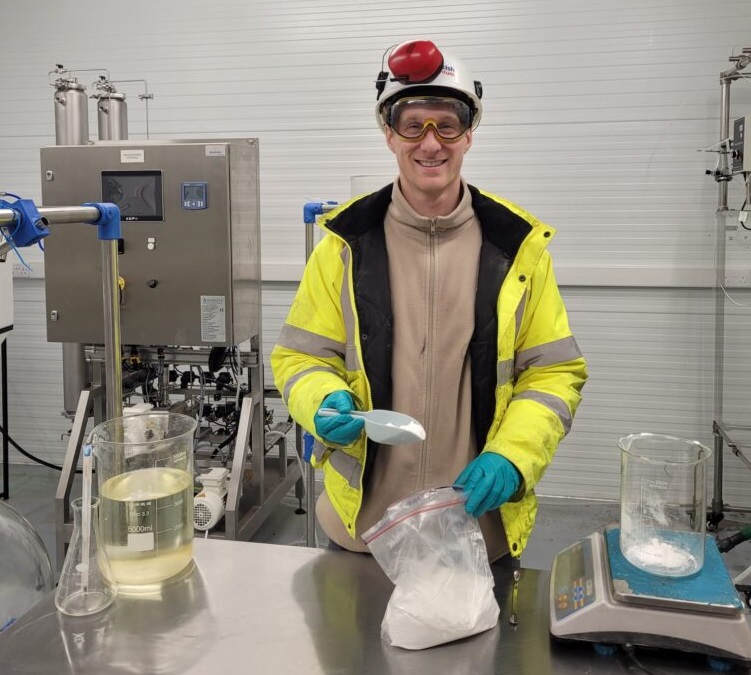 British Lithium, a mining company based in Cornwall, UK, has announced that it is the first in the world to successfully extract lithium carbonate from shards of mica crystals.

According to the company’s announcement, the lithium was produced at pilot scale from the mica in granite in their new pilot plant near Roche.

“New processes are normally piloted during the definitive feasibility stage but, as lithium has never been produced commercially from mica before, de-risking our proprietary technology is an important step in developing our project,” said Chief Executive Andrew Smith.

“Doing it now allows us to operate in real world conditions using actual site water and locally sourced commercial reagents. We’re delighted with the rapid progress we’ve made, but there’s still a long road ahead in terms of refining and optimising the process.”

From early this year, British Lithium plans to produce 5 kg of lithium carbonate per day in its pilot facility.

After the method has been thoroughly developed, work on constructing a full-scale facility will commence.

“At the moment, we will be the only lithium producer in the world to be quarrying and refining on one site, which adds to the sustainability of the project.”