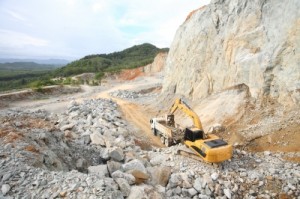 Western Australia Premiere Colin Barnett has announced on Tuesday a new three-year policy that will help boost the developing iron ore industry in the State, according to a media statement.

“Western Australia has vast magnetite resources and this ore is preferred by many Chinese steel mills,” the Premier said.

“This industry has the potential to stimulate new investment and construction activity throughout the State.

“However, bringing magnetite ore to grades suitable for export is capital and energy intensive, so this royalty rebate will assist in recovering the massive investment required to achieve production.

“This means a rebate of up to 50 per cent of royalties paid will apply for the first 12 months of magnetite production, before returning to the full royalty rate of 5 per cent.”

Barnett also congratulated Karara Mining Limited partners, Gindalbie Metals and the Anshan Iron and Steel Group Corporation (AnSteel) on their success, adding that was a major progress for the industry in the State and the Mid-West region.

“The State Government has worked closely with the proponents to get this project up and running and I congratulate them on getting to the production stage,” the Premier said.

“Karara is an outstanding example of the positive impact Chinese investment is having in WA.

“It is a significant achievement in terms of Chinese investment and a major example of Chinese confidence in Western Australia.”

Meanwhile, Mines and Petroleum Minister Bill Marmion said the Karara project will bring many benefits to local communities and the rest of the State.

The project, which has an expected life span of 35 years, employed more than 2,400 people at peak construction and had generated 500 direct permanent jobs.

“In addition to creating important new employment and business opportunities, Karara has made a significant investment in community projects, in Morawa and the Mid-West,” Minister Marmion said.

Karara would initially produce eight million tonnes per annum (mtpa) of magnetite, with the potential to expand to 16mtpa or more.