The latest quarterly report by the Australian Bureau of Agricultural and Resource Economics and Sciences (ABARES) released on Tuesday predicts a 6% rise in beef and veal exports and a massive 15 % boost to dairy earnings.

According to the bureau’s executive director Paul Morris wine exports were susceptible to the state of the global economy and the slowdown in developed countries had affected sales in recent years.

“The growth in that market is going to be reflected in terms of those higher returns,” Mr Morris told the Australian Associated Press.

A decade ago the Asian country imported virtually no wine from Australia but has since grown to become the third-largest destination for local reds and whites.

Special Broadcasting Service reports that exports to the US and UK – the two biggest markets for local wines – are also expected to pick up over the financial year.

Australia’s gross value of farm production is predicted by ABARES to hit $49 billion in 2013/14 with better rainfall boosting crop yields and improved global prices driving higher demand for some commodities.

This financial year is the fourth straight year of stronger returns for the farm sector after a difficult decade marked by drought and adverse seasonal conditions.

Export values, however, have dipped slightly to $37.2 billion from record high of $38 billion achieved last year.

Meanwhile, forecasts are patchy for some West Australia producers and Queensland cattle graziers in the western regions are still dealing with very dry conditions. The drop in world prices also saw grain and oilseeds forecasts to decline.

The Australian dollar revised down since ABARES’ last report in June, adding over $1 billion to Australia’s export forecast.

“The lower dollar is good news for farmers in terms of their ability to compete against other suppliers,” said Morris.

For farmers relying on exports, the lower dollar means higher returns and a leg up over importers competing locally, but also increases some input costs like machinery, fuel and fertiliser. 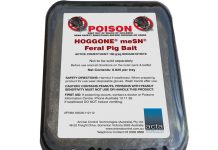 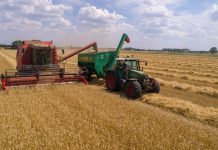 Peabody Energy to sell Wilkie Creek Mine in Australia