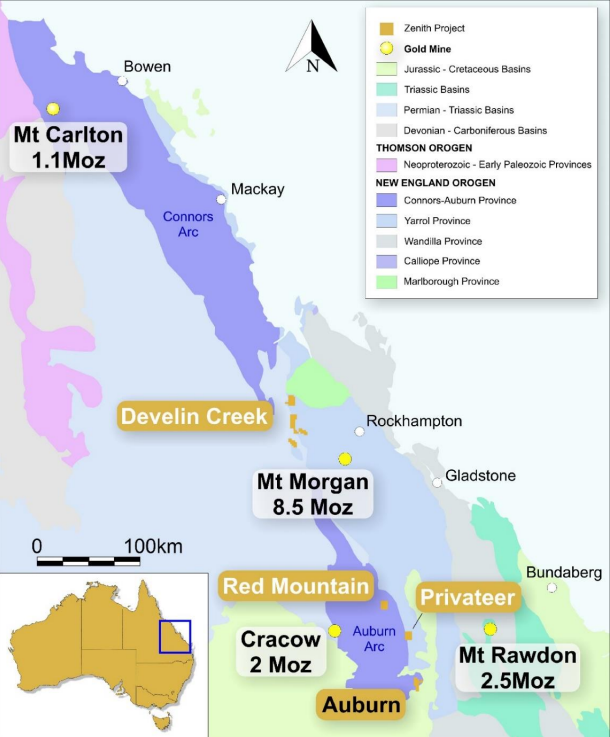 The company’s reconnaissance sampling has confirmed the presence of high-grade gold at surface. Of a total of 49 rock samples, 9 returned results greater than 1 g/t Au with a peak value of 23.3 g/t Au.

“I am pleased to report on this second new Queensland gold project that the Company has recently secured through its ongoing project generation activities,” said Managing Director Mick Clifford in an ASX release.

“Initial on-ground exploration sampling by the Zenith team has confirmed the presence of widespread gold mineralisation at surface in association with historic gold workings, confirming its exploration potential. Follow-up exploration is clearly warranted in this project area that has had no previous systematic assessment.”

Zenith’s new Auburn and existing Red Mountain and Privateer gold projects are located within the Auburn portion of the Connors-Auburn Arc, a tectonic unit which is part of the New England orogenic belt extending from Queensland into northern New South Wales.

South32 announces commencement of trading on the ASX, LSE and JSE