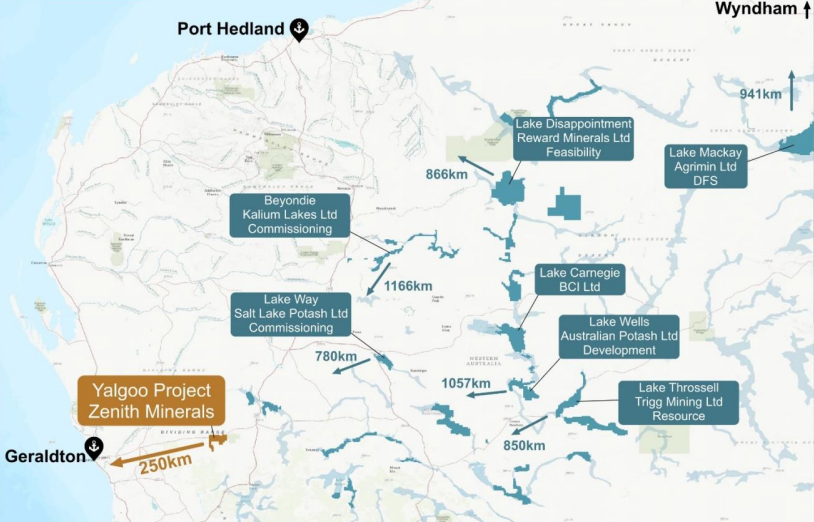 The company has also announced plans to demerge its non-Battery Minerals projects, including the Yalgoo potash project, into one or more new companies to be listed on ASX.

The Yalgoo potash brine project is located 250km east of the Geraldton port, within the Yamatji determined Native Title Claim.

The potash brine target was identified during the assessment of regional government airborne electromagnetic (AEM) geophysical data as part of Zenith’s ongoing exploration program on its nearby Waratah Well lithium project.

“If drill testing is successful in confirming the presence of sub-surface potash rich brines, then this project has a potential major logistical advantage over competitor projects being located only 250km from the port of Geraldton. Most competitor Western Australian potash brine projects are located hundreds of kilometres from port facilities, with the transport of potash product to coastal port being a significant component of the total operating costs of these projects.”

Surat mine expansion a win for regional Qld